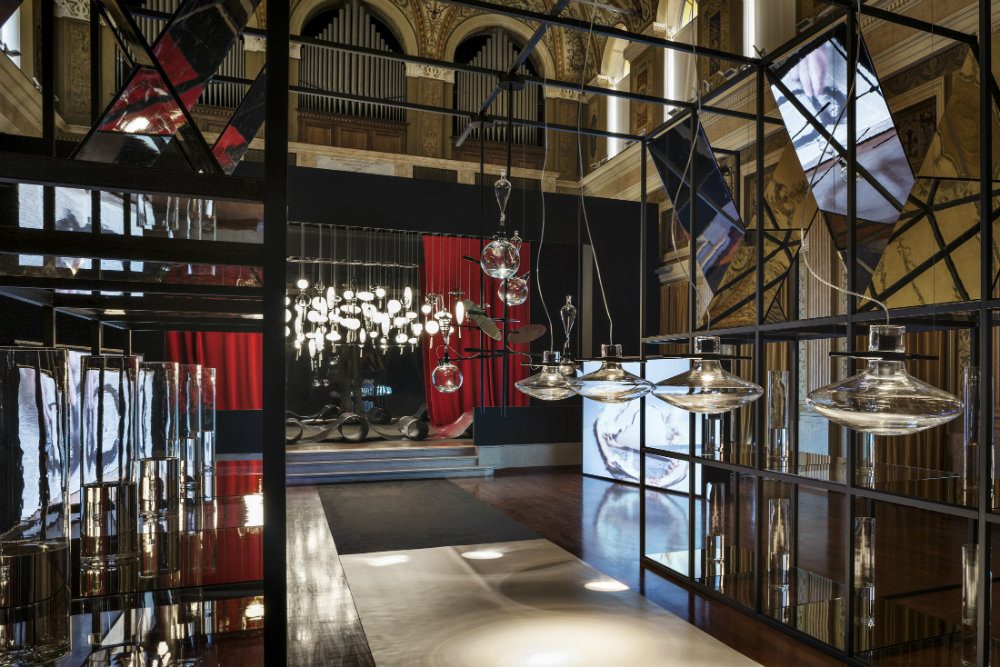 Milan’s Salone del Mobile is one of the biggest events in the diaries of interior designers around the world. We couldn’t resist the chance to visit one of our favourite cities to check it out.

We’re big fans of designer lighting here at The Idealist. So when we visited the exhibition we were like moths to a flame, drawn towards the lighting displays. 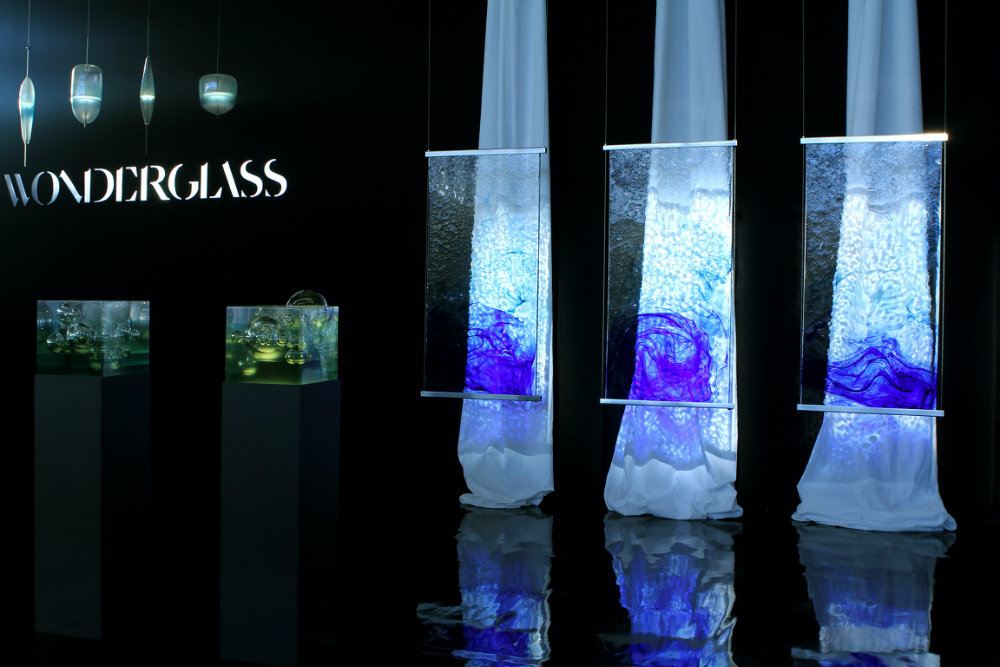 Some of our most-loved designers, like Buster & Punch and Tom Dixon, were in town showing off their own lighting collections. We also discovered some new favourites along the way.

While we were there, we noticed a movement towards designs that illuminated the natural qualities of light. How it looks as it hits the surface of water, for example, or what it does when it enters a glass prism.

The other trend we couldn’t miss was the use of handmade elements in designer lighting collections. We spotted hand blown Murano glass a number of times, most notably in the spectacular installation named Between Light and Time by London-based lighting design company WonderGlass.

These were some of our favourite lighting designs from the newly-unveiled WonderGlass installation.

Nao Tamura is a New York based Japanese designer. She’s known for her ability to find an emotional connection with her audience. Fluid is her fourth collaboration with WonderGlass, and it’s as innovative as it is beautiful.

Taking inspiration from the sun hitting the surface of a lagoon, Tamura aimed to capture the lens effect of this natural occurrence in her Fluid Collection and Fluid Edition. She particularly focused on the spark-like moment that occurs when light hits the water. The end product is a beautiful collection of sculptural glass designer lighting.

We’re picturing this beautiful design in an industrial space, or even a nautical inspired room. The collection is striking enough to be a statement. But it’s soft enough to be integrated into the existing decor of a space.

This stunning designer lighting collection was created by Hideki Yoshimoto of Tangent design studio. It was unveiled as part of an installation at Maison et Objet in Paris earlier in 2017 and showcased again at Salone del Mobile in Milan. Inspired by the refraction of light in water bubbles, these eye-catching lights look more like pieces of art than just a way to illuminate a room. 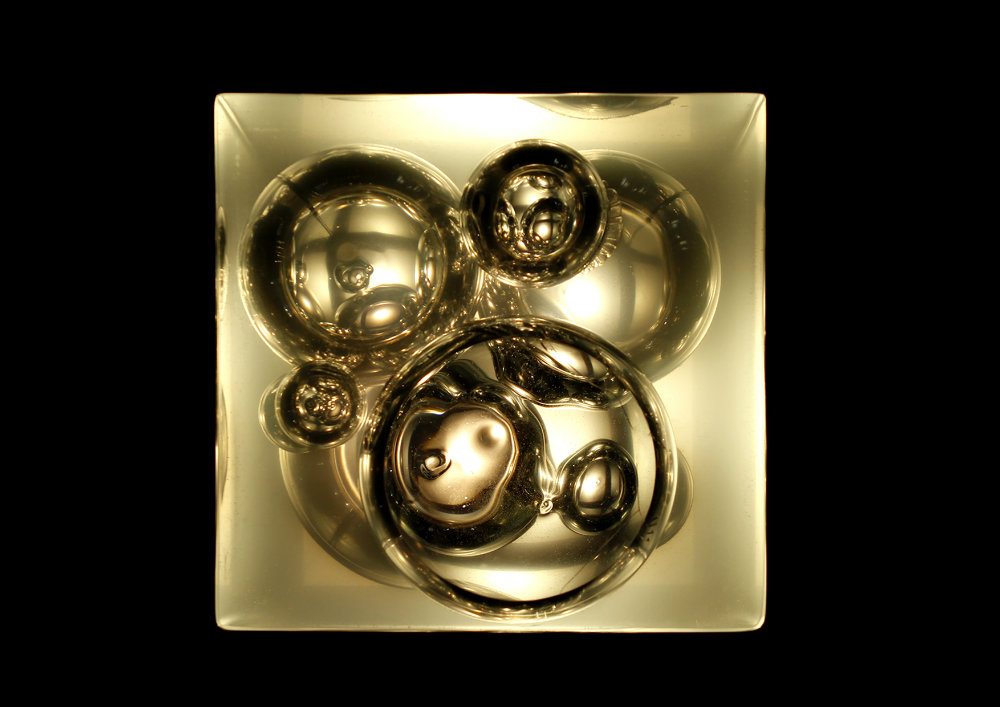 The resin cubes contain crystal bubbles, representing air bubbles rising to the surface of the water. The light itself comes from LED sources underneath the cubes. The bubbles are lit to look like they’re breaking free to the surface. 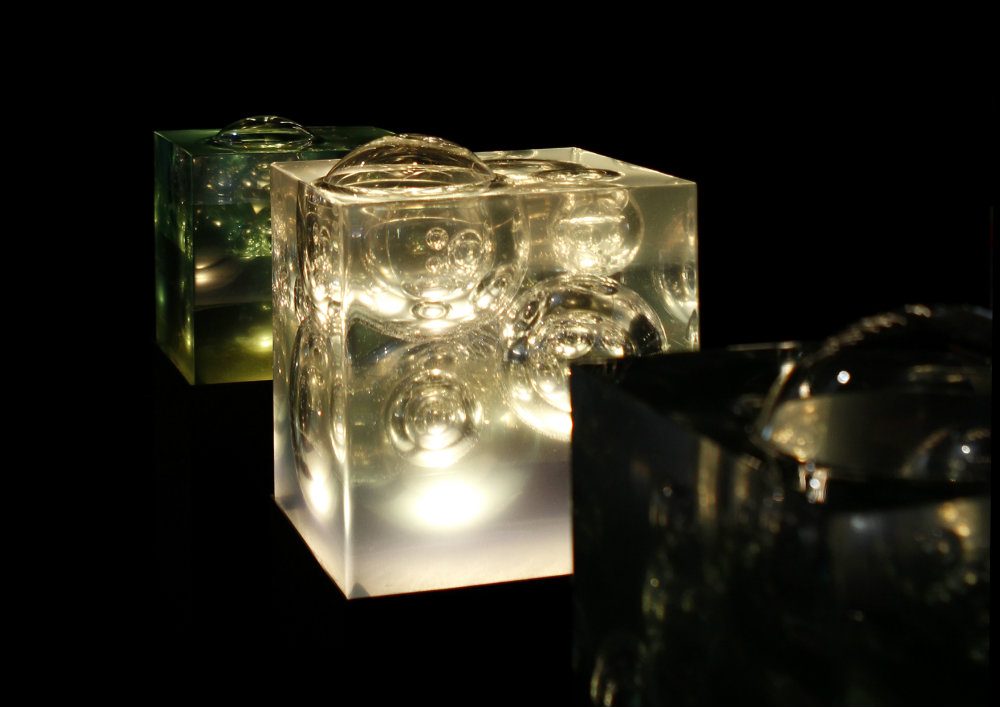 The result is breathtaking, and certainly a statement piece for a bold interior design.

WonderGlass’s collaboration with the much-missed superstar architect Zaha Hadid was one of the Euroluce designer lighting collections that immediately caught our eye. 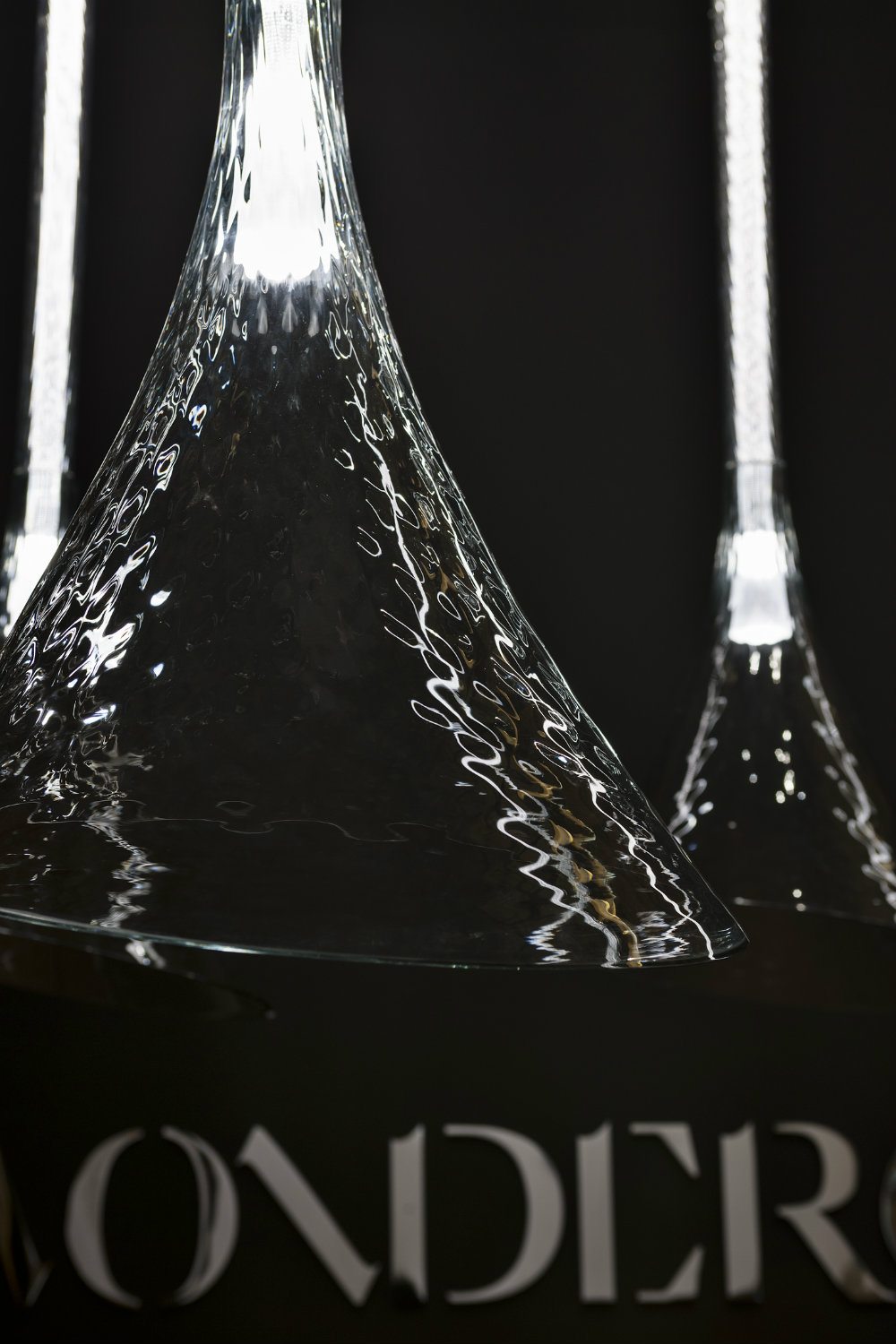 Hand blown in Murano, Luma features tubular segments, each subtly diffusing light through organic shapes. It’s perhaps best described as a chandelier. The effect is designed to celebrate the unrivalled logic and beauty found in nature. The resulting soft glow of the designer lighting concept is both enchanting and spectacular.

Luma was originally created in 2014, but it has been reimagined and updated for 2017. We can imagine this mesmerising design in large, open spaces. A minimalist lobby, for example.

Wherever you see it though, Luma is bound to steal all of the softly-glowing limelight! 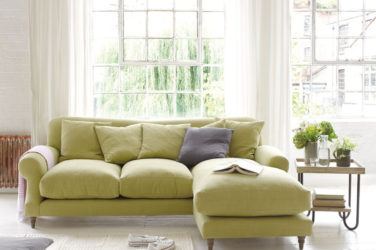 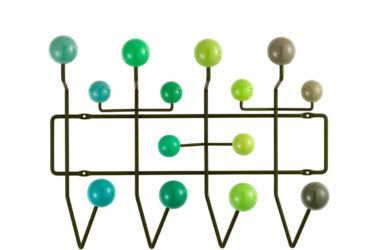 Green with Envy – How to Decorate With Green

If you’re tempted to decorate with green, you’re not alone. Let’s face it, green ... 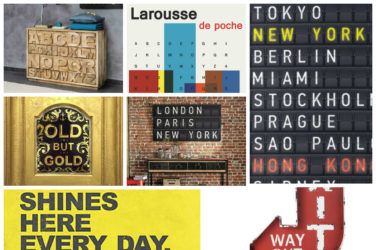 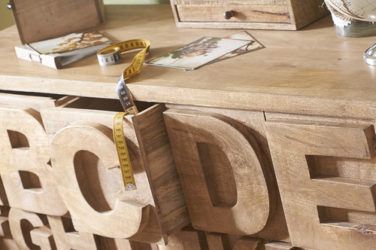 Typography as Art: Top 10 Pick of Pieces with Text Appeal 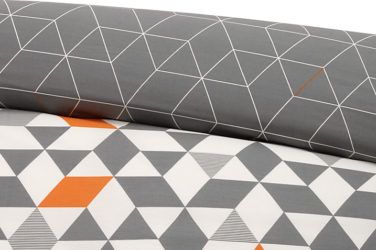 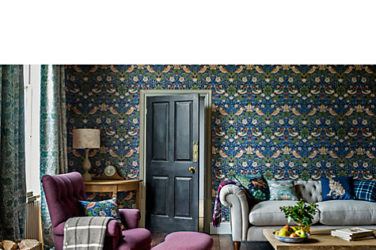 Like all of you Idealists, we love a design bargain and we've been scouring ...