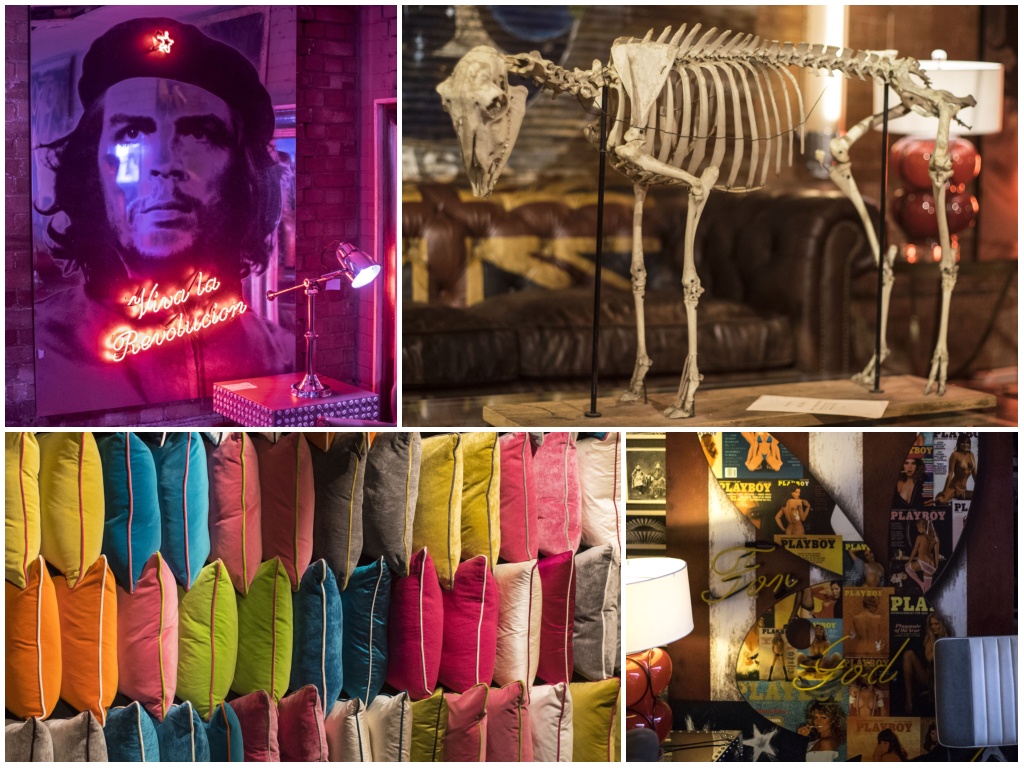 Today’s Modern Hero is Martin Waller, founder of Andrew Martin International. We caught up with him at their very distinctive store in Walton Street, Kensington, to talk design, travel and inspiration and learn more about the eclectic and highly original Andrew Martin look.

your home tells a story of your life

IDEALIST: Martin — thanks so much for finding time to talk to us today. You’ve worked all over the world and have a number of stores and high profile clients. As fans of Walton Street, it strikes us that there’s nothing quite like shopping in London. Our shopping guides to other cities feature some great places, but our experience of Paris, say, or Madrid is that you don’t get such a concentration of designers in one street. Why do you think that is?

Martin: I think that’s true in a lot of places in the world. I actually think London is this– we have this kind of quirky, individual attitude to life and I think which is why our music industry is so successful and we’re good at those things. It’s because we hate to be told what to do.

IDEALIST: In The Idealist we feature quite a lot of interior designers and people renovating their own properties. Professional designers tell me that their buyers all want a unique look but that also they want something that tells a story about themselves. Typically people want a mix and match approach that tells a story, so they’ve got antique prints from when they got married in Italy, or let’s say they’ve got a dining table inherited from their parents. People want that kind of connection. Do you agree?

Martin: I absolutely agree. I mean your home tells a story of your life. The curious thing about fashion is people say they want individuality but everybody buys an Hermès Birkin bag. Or they all buy exactly the same Louis Vuitton thing. But in their home, that’s where they express who they are and I absolutely believe that is what being in the trade is all about. All designers are facilitators to help people tell their story. IDEALIST: So how did you get into the business?

Martin: Oh my God the question really is how do I get out! So I started in 1978 that’s a long while ago! When you’re 22 you really know everything there is to know. It’s only as you get older you find you know less and less and less and want to know more and more! So we started in Richmond and then we came here about 30 years ago.

IDEALIST: And what were you selling first? IDEALIST: And did you have a certain kind of customer in mind or a certain look initially or was it things that you loved?

Martin: No, things have evolved terrifically. In fact I was just writing the introduction– you know we publish this book every year called Interior Design so I was just writing the Foreword for this year and I was trying to find a word to describe our design era. We’ve had everything from midcentury to 1960s to Pop, but actually I’ve realised what we’ve been doing for the last 20 years didn’t have a label.

IDEALIST: Did you find something? Have you come up with a name?

Martin: Well the word I’d come up with is kaleidoscope. I’m sure when you did ancient Greek you’ll know the derivation of the kaleidoscope, you know about observation and beauty and shape and so on. And this idea that these random shards of glass come into focus and create the overall pattern.

Martin walks us through his latest International Design Review book which features interiors of the rich and famous from all over the world, including outstanding designers from Holland, China, South Africa, Poland and elsewhere and with spreads including Tommy Hilfiger’s New York pad on top of the old Plaza Building, the New York Yankees hospitality suite, and some amazing commercial and domestic interiors.

Martin is a tremendous history buff and reminds us that there’s nothing new about palatial interiors and awe-inspiring designs. At the peak of ancient Rome, there were something like 1.2 million people in Rome which fell to fewer than 40,000 and has only in the 20th century recovered to its Roman Empire heights. And the Dark Ages lasted for so long! A thousand years of pillaging hoards before the Renaissance!

Alongside the modern design pieces and some amazing original prints – for example of Fritz Lang’s Metropolis – the Walton Street store is to our eyes pretty unique in also selling original historical artefacts and antiquary from Roman and Egyptian times. They really are a site to behold and make a change from the midcentury design classics you see being hallowed elsewhere. IDEALIST: Returning to the 21st Century, why do you think certain historical styles, such as High Victorian, or Georgian persist? I can see why someone with a Jacobean mansion would want to decorate it faithfully, but why are there certain looks that we seem to return to? Are there trendsetters that tell us how we should live?

Martin: Yes. I mean that’s such an interesting idea where trends emerge from and how trends become universal. They pop up in Japan and they pop up in America and Europe kind of all simultaneously. There is partly movies and magazines but trends were always there. You’re talking about Victorian houses and you can tell the difference between a Queen Anne house and a Georgian house. Even in things as big as that, you know the decade the house was built by looking at it, or likewise on the domestic scale with a teapot by its handle or its lid and its spout. There has always been this incredible fashion for the styling of things in everything.

Martin: The interesting thing is that some things haven’t changed at all like. Men still want to look like Cary Grant and girls want to look like Audrey Hepburn. These are figures from the 1950’s. This is 70 years ago. If you go 70 years back before then people dressed completely differently. But James Dean, jeans, t-shirt that’s the look people wear still wear today. Back in the 1970s, we all thought by now we would be wearing white jumpsuits and our food would come in pills. There was this TV programme: Tomorrow’s World. None of it happened, none of it happened. Even cars, what has happened to car design?

IDEALIST: I know. There’s nothing now like the Citroen DS, or Aston Martin is there. I can just about get excited if you’ve got a retro looking sports car, but in the main, once you’re getting into the bigger cars they’re all very samey. Even the new VW Beetle. Martin: Of things we’ve sold I have to show you… we built this rollercoaster with all these old vintage cars that I got from Blackpool Pleasure Beach that were made in the 20’s and 30’s … so that was a random thing to sell. I bought this elephant sculpture too — you need to see how big it was.

Explorers are the real superheroes of the planet and I share their passion for finding new experiences and meeting new people.

IDEALIST: You’ve got a thing for elephants haven’t you?

Martin: Yeah we have. I made it for a place in India and was placed half way across a swimming pool and half on the shore as it were so you could swim underneath it. Aeroplanes…I’ve sold plenty of aeroplanes over the years. Space, I built this thing we do a lot of work with movie studios and this was from Alien. We rebuilt the spaceship and everything.This is when I was going through the Porn and Peep Show phase with neon signs saying All You Can Eat and Five Cents An Hour. And this, with these machines you press a button and it told you whether you were a love machine or grumpy…

Martin shows us some other installations with ropes hanging from the ceiling, some rockets for a restaurant in Paris and some huge Atomic Age and Russian-style pieces. Martin: … these were divers we sold these figures. This was a football table but it was for giants, here are the humans. So we sold those. They were amazing actually. They’re beautiful aren’t they? Absolutely beautiful. So we’ve sold plenty of strange things over the years. This was an amazing thing. This was the architect’s model for a rollercoaster that was actually meant to be built in New Zealand. I think it was built in the 1930’s. You put a ball up here and it just follows the track of the rollercoaster. It was such a beautiful thing.

IDEALIST: You’ve done so much and it’s so eclectic. Do you have an ambition that’s not yet been realized?

Martin: Well next month I’m going to space conference in Norway and there are going to be three moonwalkers there including Buzz Aldrin. Exploration is a passion really so I think Buzz Aldrin and Neil Armstrong are the two greatest explorers of all time. Explorers are the real superheroes of the planet and I share their passion for finding new experiences and meeting new people.

To see a small selection of the Andrew Martin range, you can shop online at andrewmartin.co.uk. For the full experience, we recommend a trip to their store on London’s Walton Street where they have everything from neon-enhanced posters of Che Guevara to Egyptian and Roman artefacts to rockets, cockpits, sofas, cushions and accessories. It’s a real treasure trove.

Allez Allez! 12 Fab Finds to Show Your Love of Cycling

Make Your Home a Summer Sanctuary with these Simple Steps 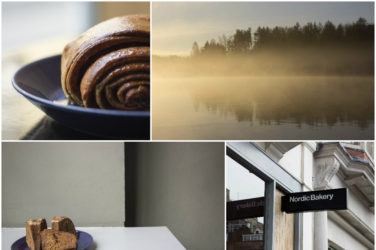 Designing the perfect urban escape: the story of Nordic Bakery

On the launch of a new book about the design, style (and food!) at ... 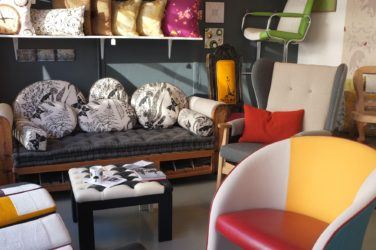 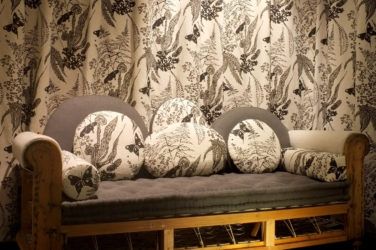 Have you ever noticed an abandoned chair or sofa on the roadside, or felt ... 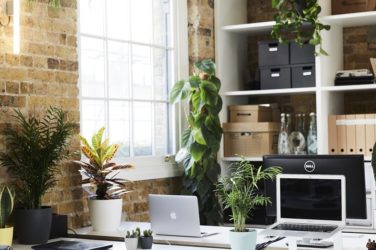 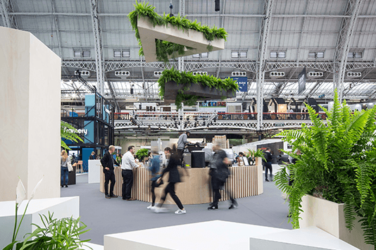 Patch: Revolutionising Our Approach to Plants

Patch are revolutionising the home with their innovative approach to plants and planting.