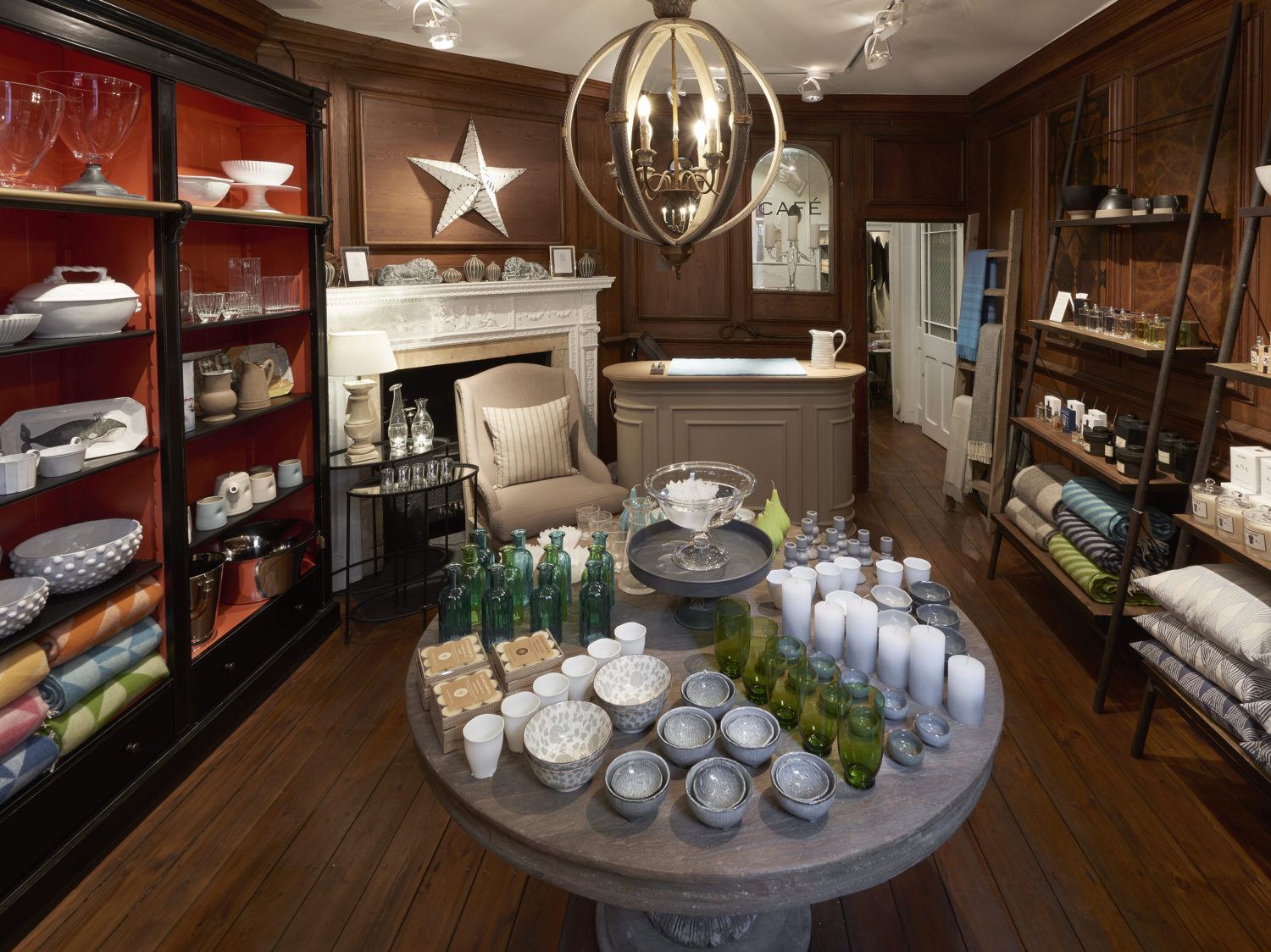 Back in December, our intrepid writer Charlie went on a shopping tour of Cambridge. One of the first stores she found was Catesby’s on Green Street. We got talking to owner, Neil, whose story is an inspiration to anyone looking to escape their traditional career and strike out on their own.

IDEALIST: Can you tell us where you’re based and give us a sense of the history of your company? What inspired you to start your company?

Neil: I started Catesby’s six years ago with my partner, Jonathon, having spent 18 years working in PR.  During those decades, I was fortunate to live in all kinds of different houses, from a loft apartment in a Victorian school to a 17th Century cottage.  I’ve always had an eye for interiors and really enjoyed buying and renovating houses, but once they were finished I’d get itchy feet so would find myself selling them, lock stock and barrel, to move on to the next challenge. Like many people I worked with, I dreamed of a different life where I’d have a shop selling all the things I loved, many of them sourced for my own places.  Well, they say you should be careful what you wish for! Back in 2010, with a big birthday looming, I was sent to run the Paris office of the agency I was working with, so naturally I spent all my spare time rummaging through flea markets and seeking out people making unusual, original things. When that assignment ended, it felt like the universe was saying:

OK then, it’s time to put your money where your mouth is… 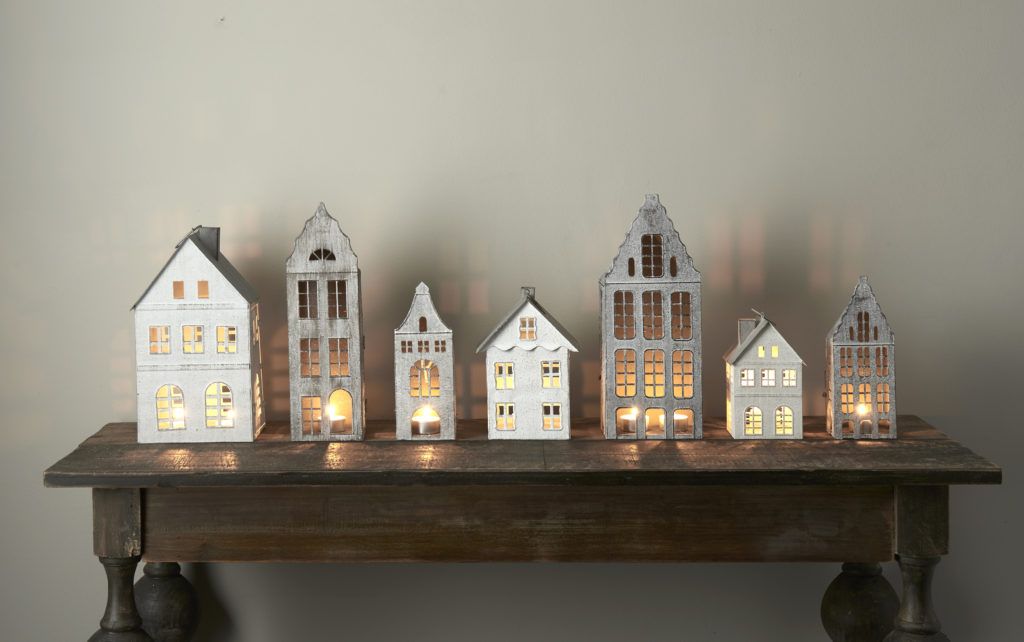 I was introduced by a mutual friend to the owner of a Georgian merchant’s house on the Norfolk coast.  She’d had a rather premonitory dream that it should be turned into a business, and a few weeks later we’d shaken hands on a long-term lease and moved in.  We opened on my 39th birthday, inspired by an article on Terence Conran I’d read where he said he always opened his stores and restaurants on his birthday.  It felt like we were taking a massive leap into the unknown, so I decided a bit of his luck might rub off if we did the same! 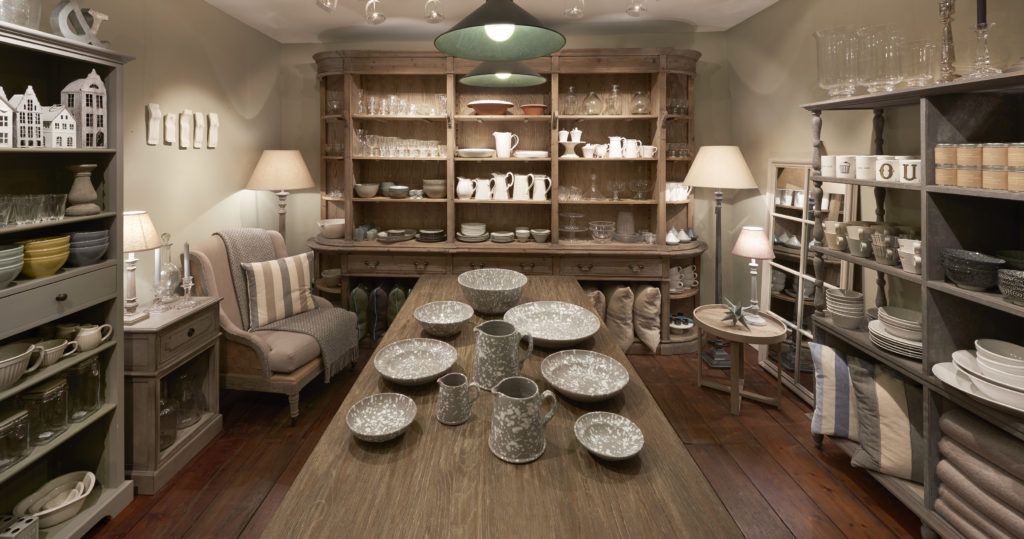 Three years on, the universe gave us another nudge when we spotted our Cambridge store whilst in town meeting up with friends.  It had the same panelled interior and grand fireplace as our home in Norfolk, so before we knew it we were moving to Cambridge.  It quickly became apparent that our customers are united by a shared aesthetic rather than a specific geography, so in tandem with building our physical store, we’ve put a lot of work into our online store so they can always shop with us, regardless of where they live. 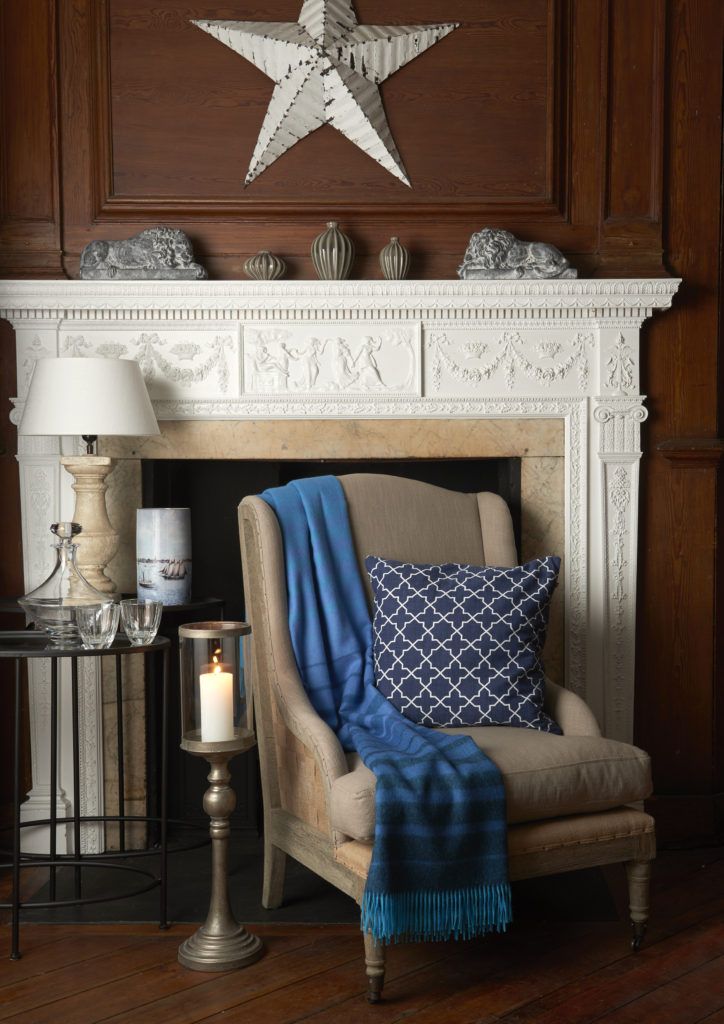 IDEALIST: What is it that you are most proud of?

Neil: On a personal level, I’m proud that I was able to step off the corporate ladder and do something I really love.  I don’t really wish I’d done it sooner, because many of the skills from my old career have come in handy along the way.  It’s been pretty scary and stressful at times, but I knew that I didn’t want to grow old in PR and I guess I just ran out of excuses not to do it!  I’m also very proud of the fact that Jonathon and I have been able to work so closely together without killing one another.  It’s not easy to spend so much time with your life partner, and it’s not for everyone, but somehow we’ve found a way to make it work for us.

IDEALIST: What is so unique about your offering?

Neil: From the outset, we looked for products that can’t easily be found elsewhere, and that philosophy has taken us on some interesting journeys.  I’m proud to represent the makers whose work we sell and I really enjoy explaining to our customers what makes them so special.  I guess I’m a bit like a dog with a bone – when I get a gut feeling that we should be selling something, I just have to track it down.  It’s the thrill of the chase that makes a business like ours so much fun. 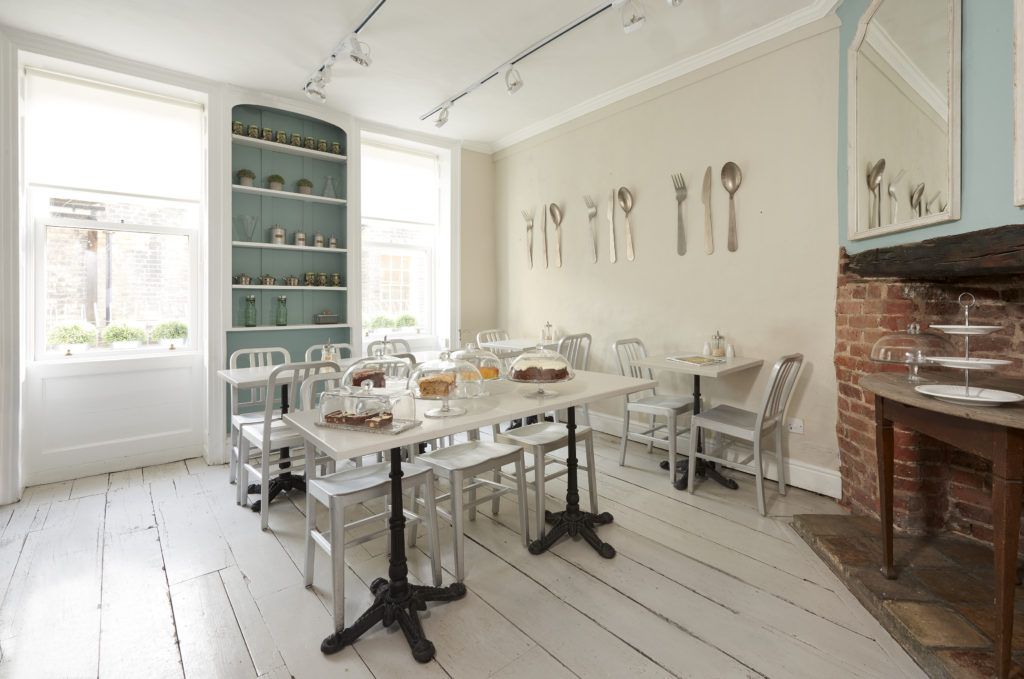 When we started out, customers were literally coming into our home, and we were very keen to maintain that same feeling when we moved to Cambridge, so we decided to open a cafe that’s like sitting in your friends’ kitchen.  It’s completely open-plan and pretty much everything on the menu is homemade, from soup to cakes and bakes.  We even boil our own ham!  I truly believe that you can’t beat simple things done really well, so it pleases me that our most popular lunch dish is cheese on toast, albeit in the form of our special-recipe rarebit.

IDEALIST: What is your most popular range?

Neil: I’m especially proud to have Astier de Villatte ceramics and candles.  We’re their only stockist outside London, and I think it’s fair to say that they’ve always been far more interested in having  a meeting of minds than a simple commercial relationship.  When I lived in Paris, I used to visit their store as often as I could, so it’s strange and thrilling to be collaborating with them now. 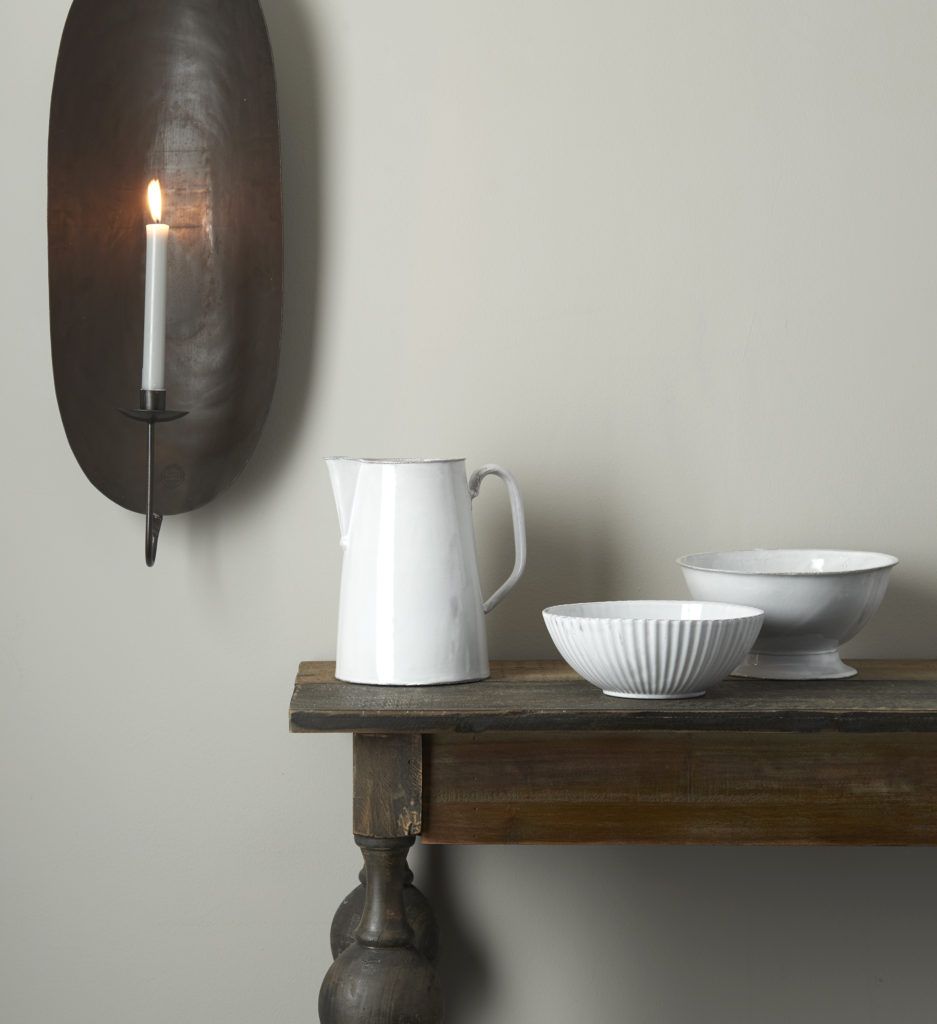 IDEALIST: If you were starting your company again now, is there anything you would do differently?

Neil: Ah to be blessed with the gift of hindsight!  If I could change anything, I’d probably have got out from behind the counter sooner.  It’s easy to say but harder to do, especially as we began the business in our own home.  Looking back, I should have had the confidence of my convictions and brought in help earlier so I could focus on being the owner of the business, rather than chief cook and bottle washer.

IDEALIST: Can you give us a sense of your day to day life?

Neil: I spend a lot of my time liaising with suppliers and sourcing new products.  It’s an important point of difference for an independent business like ours, so we’re always striving to stay one step ahead of the high street.   I also keep a constant watch on the financial side of the business.  When I worked in PR, one of my favourite clients was Mars, the food and confectionary multi-national, and one of their five principles of business is:

We need freedom to shape our future, we need profit to remain free.

I’m not naturally a numbers person but I really value my freedom, so that way of thinking really resonates with me and has become something of a mantra.

IDEALIST: What are you most excited about in the next season?

Neil: I get excited about the new things we’re going to find every season.  If ever I stop experiencing that ‘thrill of the new’, I think it will be time to do something else.  This year, we’re really focusing on our online store so I’m looking forward to bringing our brand to new audiences in different ways.  On a personal level, we recently moved to a tiny village in England’s smallest county, Rutland.  I’m excited by the challenges of creating a new home, and then to throwing open the doors and inviting everyone in, so we’ll be telling much more of our story through social media.

Catesby’s can be found in the northern end of Cambridge city centre, amid the cobbled streets and boutiques half way down Green Street, (10 Green St, Cambridge CB2 3JU, 01223 355444) and online at catesbys.co.uk

Lighting Looks That Will Light Up Your Life! 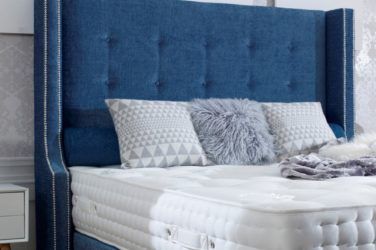 The inspiration behind Vênoor Living is this idea of creating a community that was ...

Charlie Marshall is the amazing and very creative Founder of Loaf (www.loaf.com) – a ... 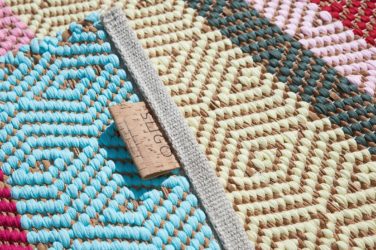 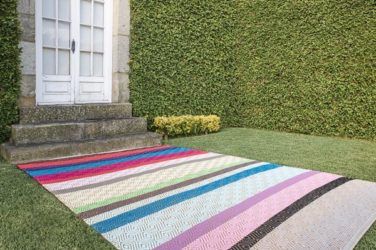