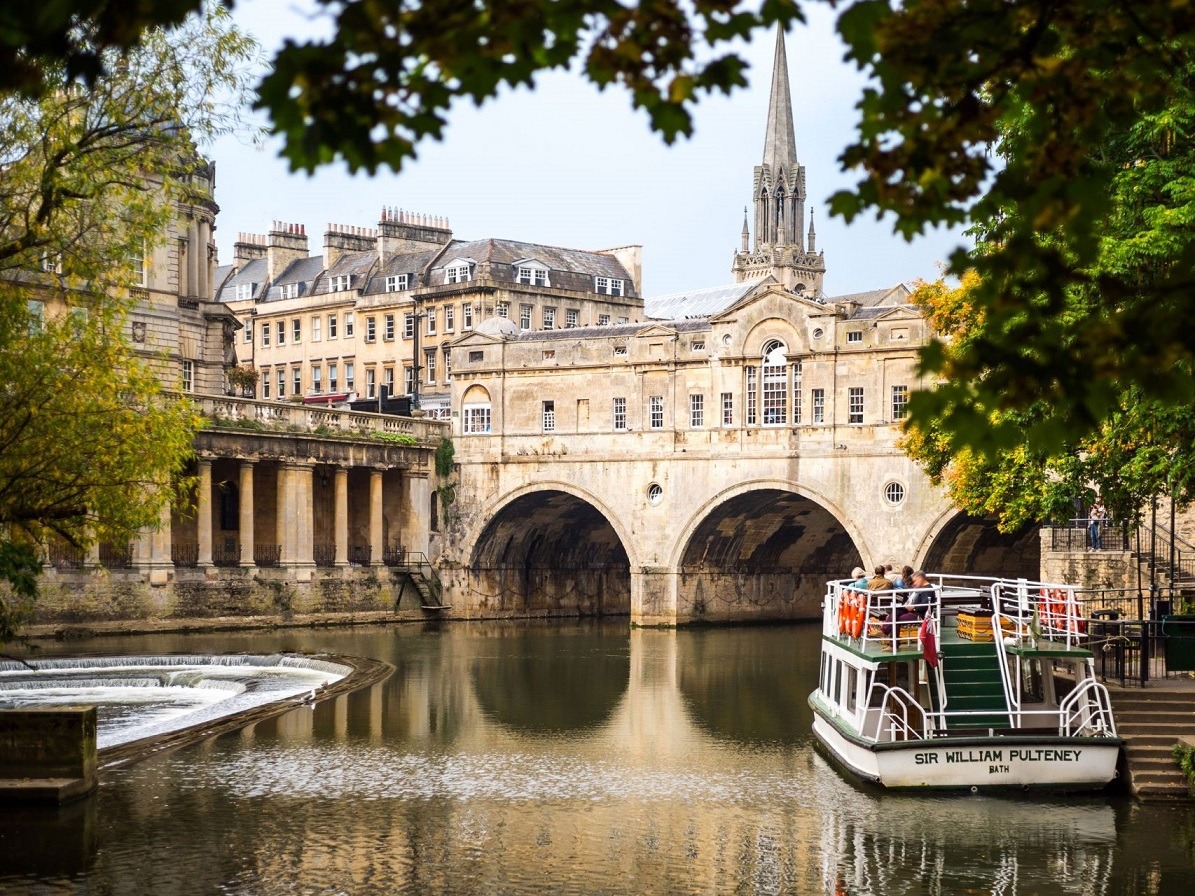 For a long time now, Bath’s photogenic sensibilities have been common knowledge across the entire country.  Certainly, ask any person that calls Bath home, and ninety-nine per cent of the time, they won’t hesitate in reminding you of that. This is all with very good reason, of course.

The ancient city of Bath, much improved by the Romans, is a World Heritage site and has a lengthy history that, arguably, refashions the space as different things to different people: where many come for the historic baths themselves, others come for honey-stone Georgian crescents or the city’s connections with Jane Austen. However, Bath is also a treasure trove of cool antiques, galleries and boutiques, perfect for administering that ‘edge’ or new life into your home. Considering the city’s eclectic range of boutique hotels and haute cuisine restaurants, the idea of escaping to Bath, even if just for a little while, has never sounded better.

To say Silcox Son & Wicks has had a storied history with Bath is to understate the establishment’s relationship with the city. It’s a rather beautiful story that all started in 1900, when cabinetmaker Frank Silcox was, in Dickensian style, fired on the spot when asking for a pay raise. He then started his own furniture business, and was joined by his son and by Albert Wicks, establishing the brand name they still carry today. Since then, Silcox Son & Wicks has seen every style revolution in the book- from the age of Art Deco in the 1930’s through to the geometric frenzies of midcentury style and eighties Avant Garde modernist interiors. Their inventory reflects this. Their flagship store, housed over numbers Five to Seven New Street, features luxury furniture over three floors. From sofas to lamps, artwork to living room pieces, all can be found here. 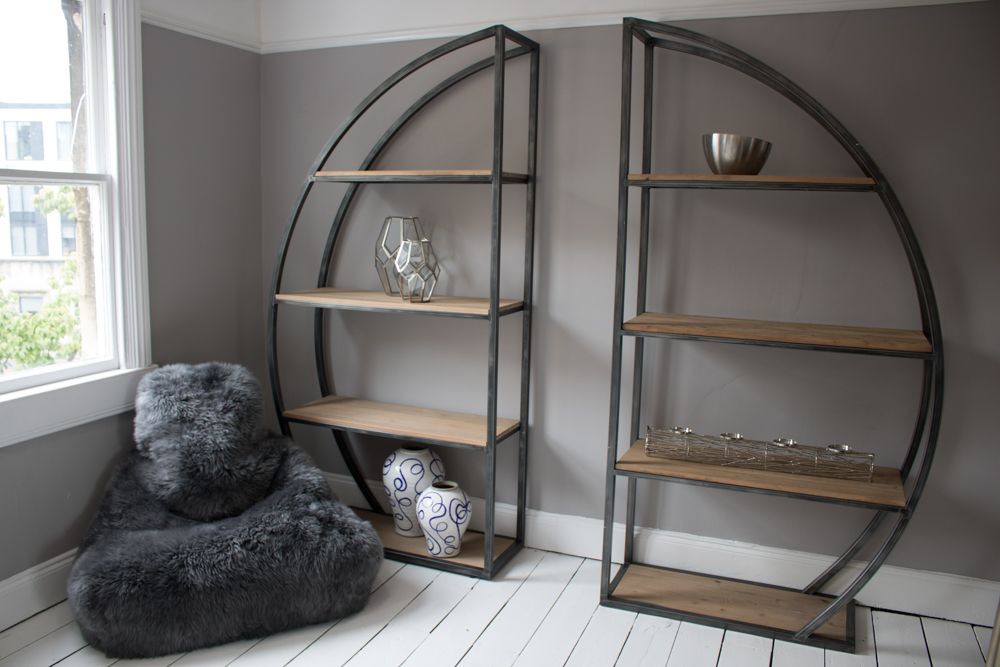 Rossiters of Bath is an award-winning, design-led department store situated right in the heart of Bath’s historic Georgian streets. Their eclectic collection of carefully curated, Avant Garde to classically styled homeware, gifts and fashion is spread across the store’s four floors- which are interconnected in an Aladdin’s cave-like network of stairs and wood-panelled rooms. They stock everything from kitchenware- featuring brands like Emma Bridgewater and Cornishware, imported ceramics from Europe and the Middle East, luxury cushions, throws, dining ranges, fabrics and artwork. Their basement level is the only outlet of Winser London clothing that is found in the West. Having traded in Bath since 1961, Rossiters have developed a reputation for the high quality of their custom service. In their own words, ‘This is less a store, more a destination, so when you plan your visit make sure you leave plenty of time to get lost in its delicious interior.’ 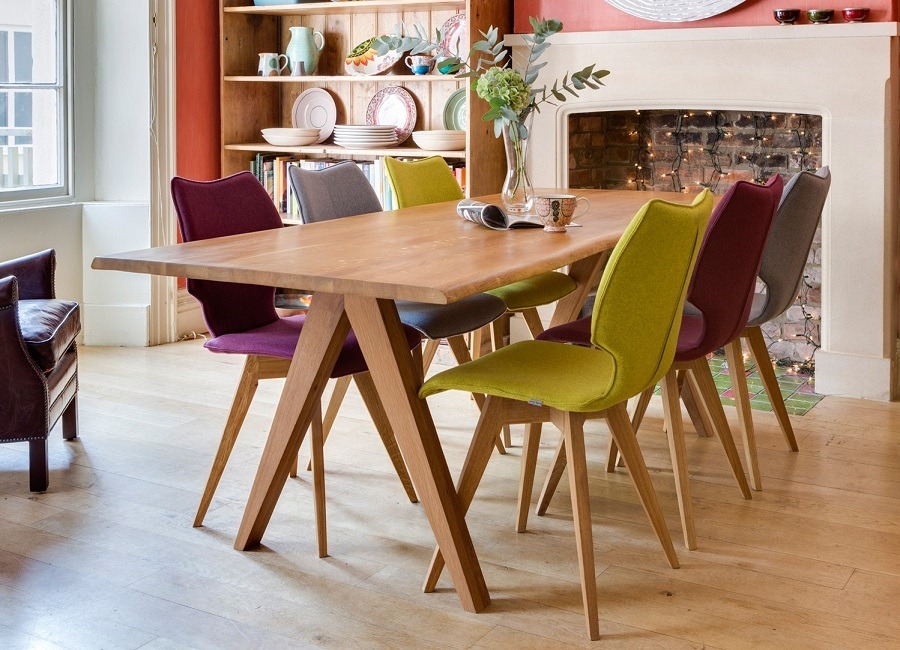 Having traded in Bath’s city centre for over three decades, Quiet Street Antiques has become something of a local institution. Stocking everything from authentic Gillows of Lancaster furniture, to antique clocks and barometers to writing boxes, tea caddies, sculptures and paintings, we’re confident that you find that particular something that can inject any space with a historical depth. Though Quiet Street Antiques feature select pieces on their website, the boutique’s wares are stocked in their entirety in the Bath store and are best enjoyed in the flesh.

Bath the worst of all places to get any work done

Beaux Arts is the longest-established commercial art gallery in Bath, and is the sister to Beaux Arts located on London’s Maddox Street. Situated in a period Georgian building beside the abbey, Beaux Arts specialise in the works of major 20th century painters, sculptors and ceramicists that include the likes of Dame Elisabeth Frink, John Bellany, Lynn Chadwick and Sir Terry Frost- to name just a few. Of its eight annual exhibitions, four are dedicated to showcasing the best of emerging talent. Contemporary artists represented by Beaux Arts include Anna Gillespie, Takeshi Yasuda, Emmanuel Cooper and Lucie Rie. If there’s something you’re after to make an artistic statement for your home, you will most definitely not be disappointed here. 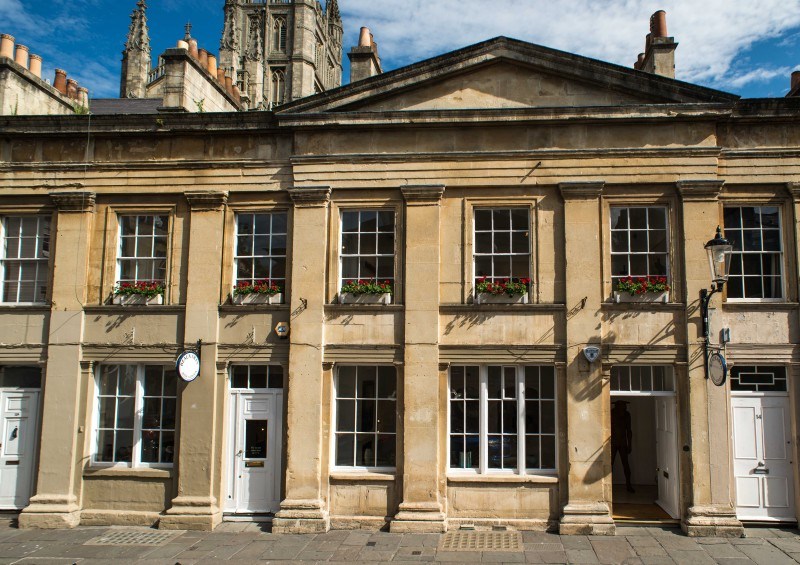 After spending much of our time both shopping and absorbing Bath’s history, you’re sure to develop a bit of an appetite. And, if you’re a keen foodie, Bath will not disappoint. Dotted around its postcard-perfect lanes are some of the finest restaurants in the country, many of which are run by names from the upper echelons of the cooking world. Whether it’s gastro-pub, or something with a more continental flavour, or perhaps even a taste from around the world- all can be found here.

Menu Gordon Jones is the brainchild of the eponymous chef, bringing together culinary elements from his Scottish upbringing and his own, fresh approach to food. Everything featured on the restaurant’s plates is made in house by the Michelin acclaimed chef and team. The restaurant’s five-course lunch, and six-course dinner surprise menus display Gordon Jones’ artistry and innovative approach to cooking, whilst making the most of fresh, local ingredients sourced from suppliers that the restaurant work closely with. Ever pushing the boundaries, the menu is in a constantly changing. The best testament to Menu Gordon Jones’ brilliance are the countless rave reviews it has been the recipient of- to quote just one: ‘for sheer food IQ, Menu Gordon Jones is peerless’. 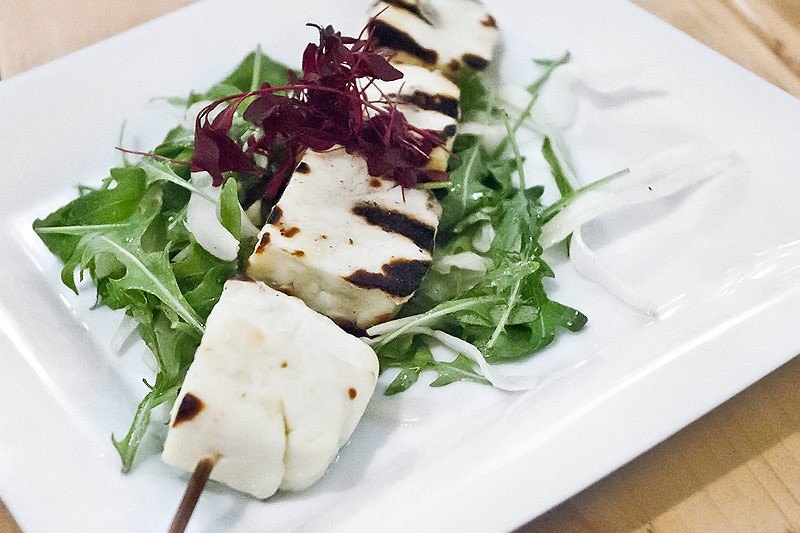 Since opening its doors in 1992, Green Park Brasserie has been doing things a little differently. The award-winning restaurant has developed a reputation for offering not only top-notch food, but similarly top-notch live jazz ensembles that perform at ‘the Braz’ on Wednesday, Thursday, Friday and Saturday evenings. Their beautifully composed menus are underpinned by locally sourced, high quality ingredients- achieved through close collaboration with local suppliers. From cheeses by Homewood, meat from both Newton and Castlemead & Sandridge Farms, and fish from St. Mawes, Cornwall, Green Park Brasserie ensures to offer the best of both Somerset and the west on their plates.

As Londoners, we’re slightly spoiled in that much of the country is within easy reach- and this is certainly the case with Bath. If you don’t fancy the drive, services from Paddington Station will get you there in just under one and a half hours. However, to really make the most of your time here, a daytrip simply won’t cut it. We’ve shortlisted some of the city’s most acclaimed and trendiest hotels to serve as home base during your time here.

The Gainsborough Bath Spa takes its name after the famed artist, Thomas Gainsborough. The hotel, housed in a Grade II listed Georgian building that dates back to the 18th century, is the first five star hotel in Bath for thirty years and the only one in Britain to have direct access to the region’s natural, thermal waters. In keeping with the historic building, the interiors gracefully balance traditional and contemporary touches whilst also displaying historical artefacts such as Roman coins, found during the excavation of the site. The rooms are magnificently composed spaces. Light floods through the large windows, poetically illuminating the spaces’ high ceilings. Muted tones stay faithful to a notable Georgian visual vernacular, whilst features such as the immeasurably comfortable Sealy bed, Egyptian cotton sheets and Asprey Bathroom products iterate the notably five star experience the hotel is renowned for. 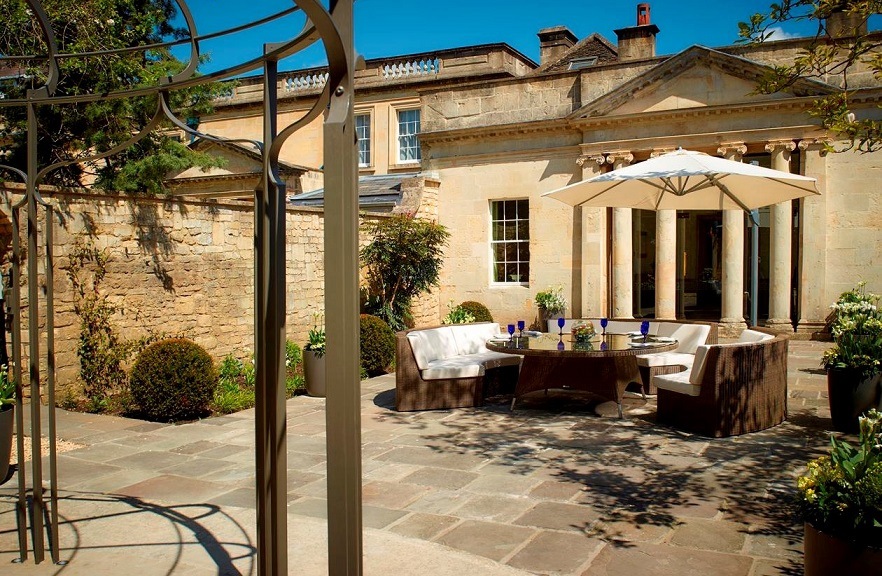 Perhaps you’re after something that’s a touch more urban, in which case the Apex City of Bath might just be your ticket. Sporting a gorgeous, contemporary Bath stone façade, the Apex makes a notably urban, modernistic statement from the get-go. This is not to say its metropolitan character skimps on opulence by any means. Liberal use of glass beautifully illuminates the hotel’s interior, bringing to life the marble that the lobby space is clad with. The hotel offers a variety of rooms tailored for different arrangements. All are spacious, sporting moody and atmospheric counterpoints of bright and slick urban tones. Rooms are well equipped, containing televisions with a full Sky package and coffee machines. Bathrooms sport rainforest showers, Elemis bathroom products, heated mirrors –and most vitally, of course, a yellow rubber duck.

If you’re after a hotel with the most picturesque postcode in the whole of Bath, you’ll find The Royal Crescent tough to top. Arcing staircases, oil paintings and saintly chandeliers are just three items that form the notably classical vernacular of the hotel. Rooms situated on the hotel’s ground floor house the Spa and Downer House Restaurants, which compared with the building take on a more contemporary look. The rooms take many forms, ranging from palatial suites that would not look out of place in a Jane Austen novel, to smaller, more affordable spaces on the hotel’s upper floors. The bathrooms feature marble floors, walk-in showers, slippers and robes. Tea trays can be ordered at no extra charge. 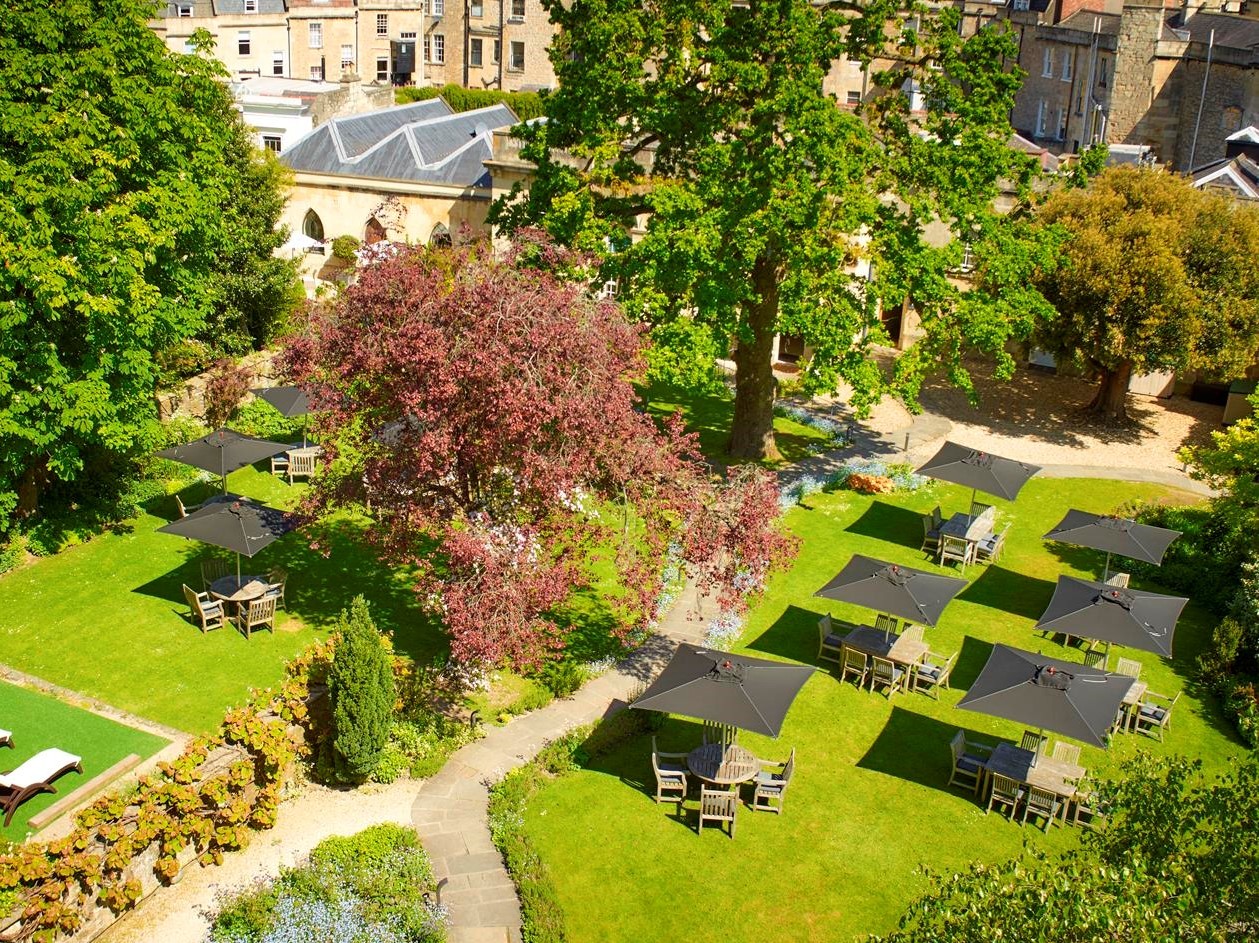 The great politician and philanthropist, William Wilberforce once said that: ‘Bath the worst of all places to get any work done’ – and it’s not terribly difficult to see why. The city’s astoundingly lengthy history is, by itself, enough to mesmerise and wholly consume a visitor’s time for days, if not weeks, on end. Add the city’s vibrant culture to the mix: a stunning plethora of boutiques, restaurants, breath-taking architecture, grounds and sites of cultural interest to the mix and you’ve got a recipe for a truly special break from fair London.

Patch: Revolutionising Our Approach to Plants 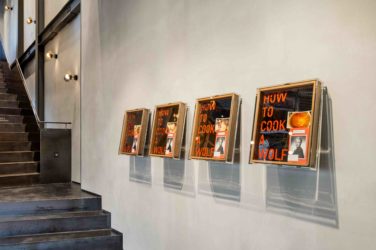 Inside a Shrine to Cooking: the Hyundai Cooking Library 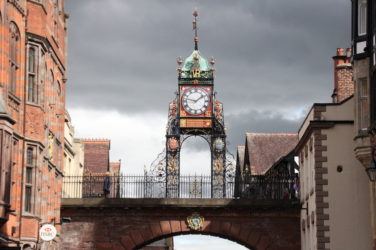 Shopping in Chester: A northern gem

Steeped in Roman history and renowned for its magnificent Cathedral, there can be little ... 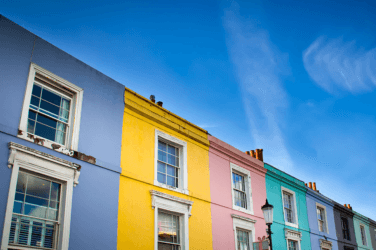 Notting Hill has a special place in the modern British imagination. Today, it’s a ...