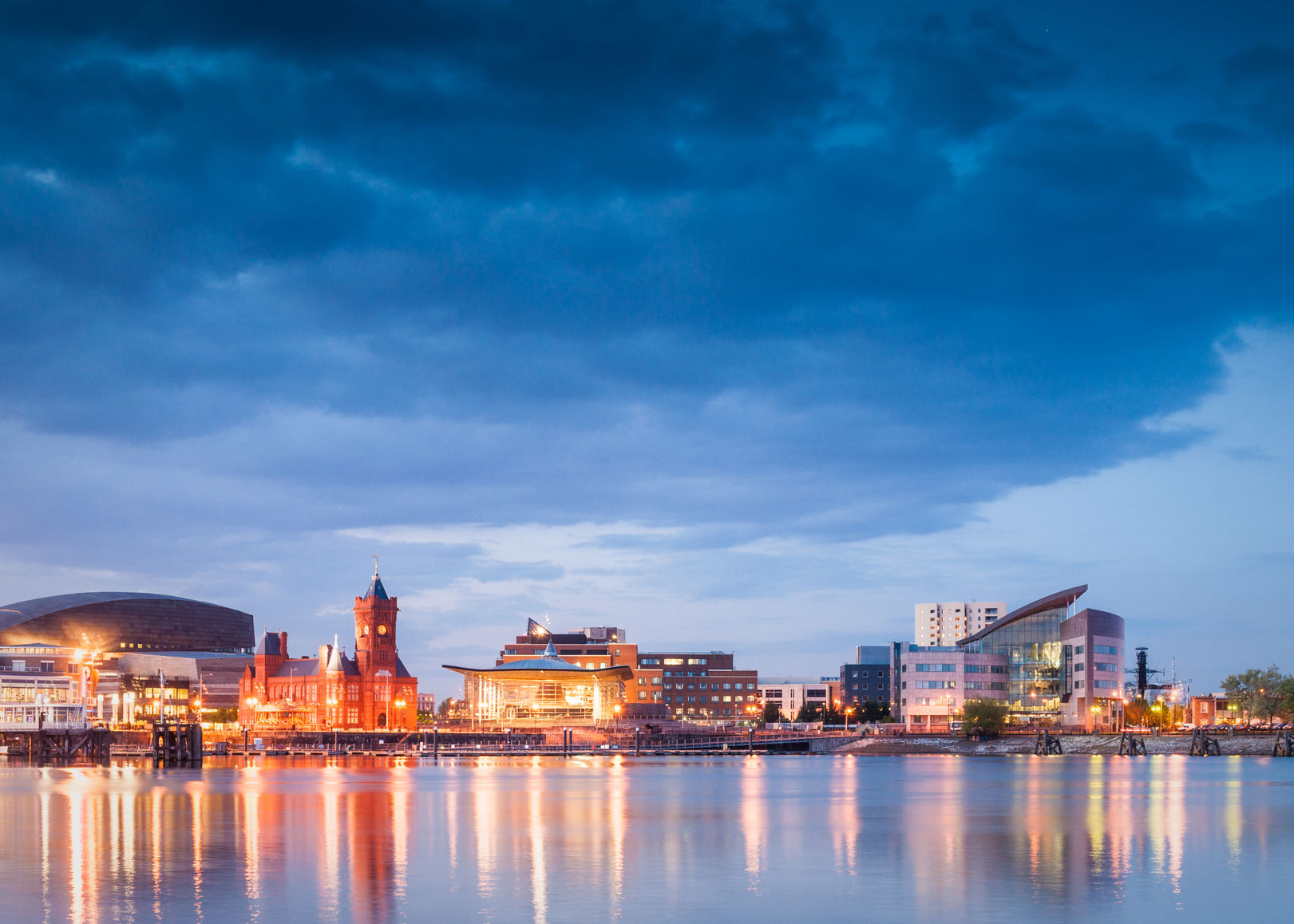 As a city, it’s difficult to not observe Cardiff as a Janus-like entity. Like the mythological figure whose two facades face opposite directions, one looking forward and the other looking back, Cardiff too, is poised with a likewise dichotomy: it looks to the future in much the same way it looks to its past, all at the same time. Having become the official Welsh capital as late as 1955, Cardiff has jumped into its role as a notably modern, progressive city on both the European and global stages.

The city’s architecture certainly reflects this, seen through the bold and daring silhouettes of the Senedd and the Wales Millennium Centre. And still, interspersed in tiny pockets and urban crevices are echoes of its ancient past: Cardiff Castle, Castell Coch, the Bute building and the Coal Exchange paint Cardiff as a historical space- a city with a many-chaptered story to tell. And I suppose it’s precisely this, which gives Cardiff its charm.

Cardiff’s many boutiques, galleries and restaurants pack this charm and energy in spades, making the city a fantastic option when the weary drone of London bustle grows a touch too monotonous.

If you consider yourself a lover of contemporary furniture, it is vital you visit Monument during your time in the city. Over the past thirteen years, the family-run company has been working closely with leading European manufacturers to ensure the highest quality at the best value for the client. For lighting and furniture that sports a Midcentury, Scandi, Modern Industrial or even Boho touch, few places in Cardiff come better qualified than Monument. Their varied and international clientele, including interior designers and architects, can attest to the company’s passion for distinctly modern furniture and lighting.

If retro style is more your thing, we’re confident you’ll fall in love with Jacob’s. Its three-storey, converted warehouse store means that it is a cathedral to all things vintage; from bespoke lighting, furniture, vinyl, vintage clothing, army surplus and even comic books- all things old-school can be found within its walls. With more than thirty stalls, many of which work closely with to the television and film industries, it won’t be long until you find that retro-inspired accent piece and mojo-packed conversation starter to inject new life into your home. 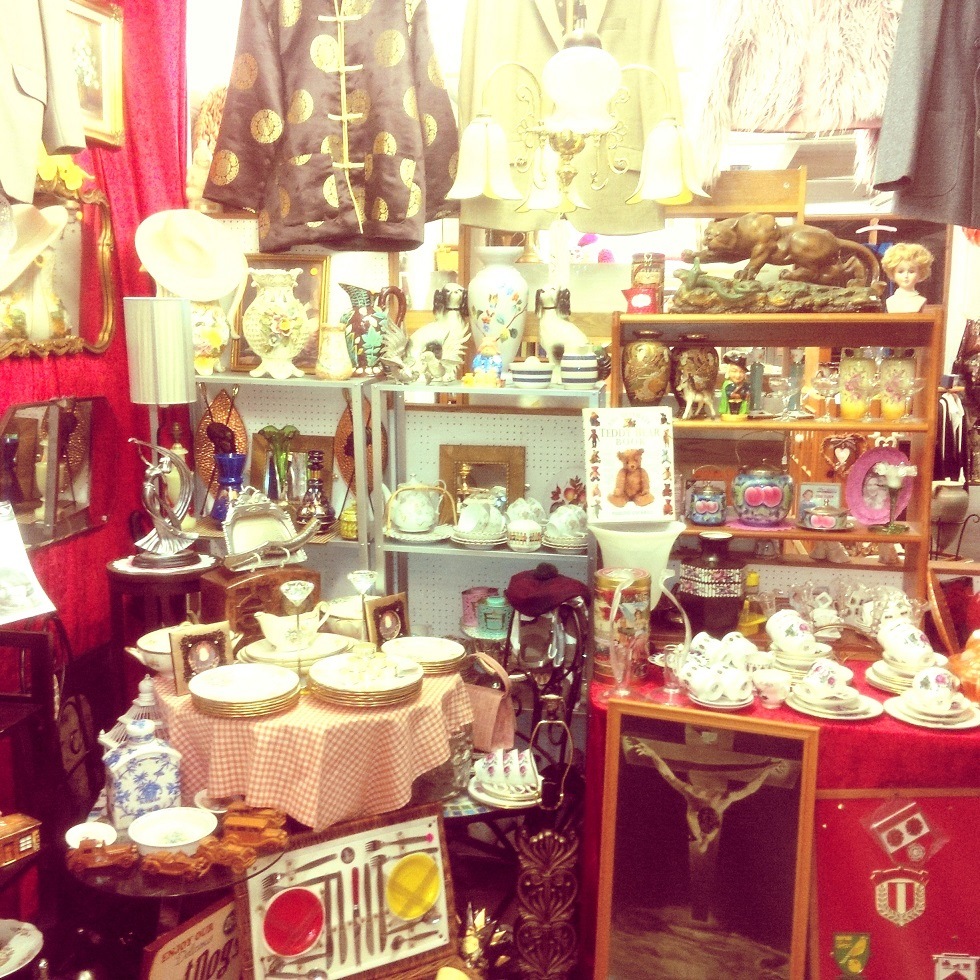 Art buffs will simply adore the Martin Tinney Gallery. Since opening its doors in 1992, the gallery is now considered to be Wales’ premier private commercial art gallery. The Martin Tinney Gallery specialises in showcasing the best Welsh talent. Since moving to a renovated townhouse with a purpose built extension, the art can be enjoyed over three, gorgeously-lit floors. The gallery stock Wales’ greatest living artists, including Harry Holland, Sally Moore, Shani Rhys James and Kevin Sinnott, whilst also boasting a stock of influential 20th century works from the likes of Gwen John, Augustus John, Ceri Richards, David Jones, Sir Cedric Morris, John Piper and Graham Sutherland- to name a few. With an international clientele that include The Tate Gallery and The National Museum of Wales, the Martin Tinney Gallery can similarly assist you whether it is an individual purchase you are making, or an investment into a collection of premier Welsh art.

If contemporary is more your flavour, you simply cannot afford to miss the BayArt gallery. Situated amongst the busy streets of Cardiff Bay, BayArt is a defiantly artist-led institution. Butetown Artists, many of whom have won international accolades and prizes in the contemporary art field, occupy sixteen studios above the gallery. BayArt also offer interpretation of the art that adorns its exhibition halls, hosting seminars and workshops to develop and enrich admirers’ understandings of modern contemporary art. 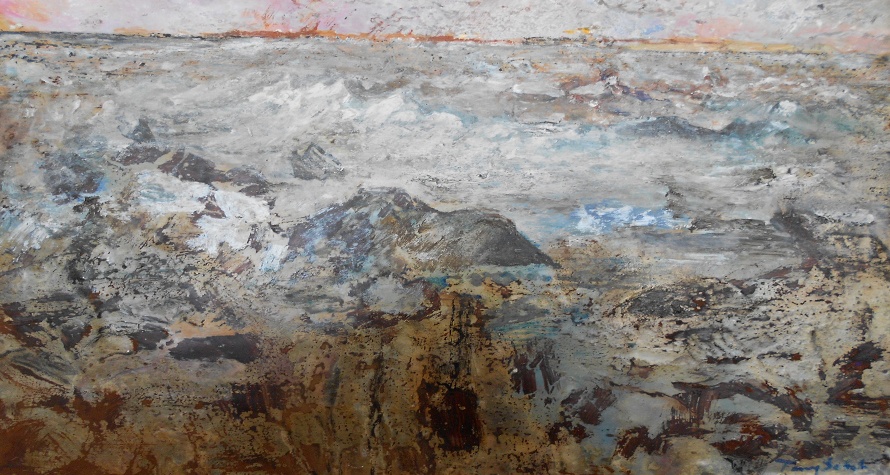 Cardiff is a truly international and multicultural city- and certainly, the diversity of the culinary delights offered by its many restaurants certainly attests to this observation. Whether you’re after a lunch from a modern gastro pub, continental cuisine or far eastern flavours, all can be found here.

Working under the mantra of ‘we love cooking, eating & gin’, The Potted Pig is a restaurant that is passionate about modern British cuisine. The restaurant does not restrict itself to a single concept or culinary philosophy. Rather, they pride themselves on dishing up tasty, seasonal cuisine with ingredient sourced from local suppliers, who they work closely with. Their gin menu is certainly not lacking either. With over thirty different varieties behind the bar, you’d be sure to find a new favourite tipple here. 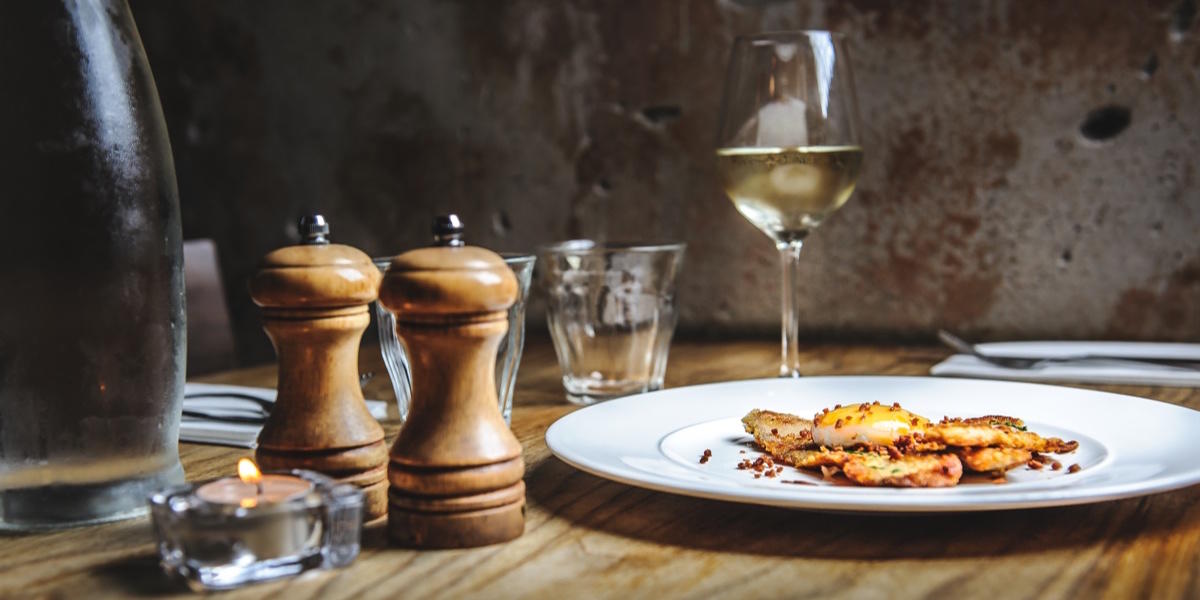 Yakitori #1 offers up modern Japanese cuisine from only the freshest and sustainably sourced ingredients. Their extensive menu sports delicious sushi, grilled meats, rice and noodle dishes in traditional Japanese styles and others that you may not have experienced before. Whether it is a light bite or a several course meal, dishes are designed to be shared at the table. An open kitchen allows for diners to watch the chefs as they cook, adding to the theatre and spectacle of the experience.

In their own words, Madeira Restaurante is all about ‘authentic and passionate Portuguese food served in the heart of Cardiff.’  Since opening its doors in 1998, the family run restaurant have been offering an extensive menu of freshly prepared, Portuguese dishes that boast a variety of meat, fish, poultry and vegetarian options. Its stone-clad walls and rustic interior beams with an Iberian charm and is the perfect setting for dinners. One would have to book to avoid disappointment.

In Shaam Nights’ own words, the restaurant is ‘a rather elegant dining experience and sets itself apart from the rest both inside and out.’ Illuminated by the dim, ambient glow of lanterns, and sporting gorgeous stained glass wall features and tiled flooring, Shaam Nights boasts a truly authentic Syrian dining experience. The restaurant’s masterfully put together menu is influenced by the diffusion of cultures and civilisations that called Syria home over time; consequently, Arabic, Persian and Ottoman influences can be found on the menu. Featuring dishes that were historically served to Caliphs and Sultans on special occasions, Shaam Nights delivers a truly opulent Middle-Eastern dining experience. 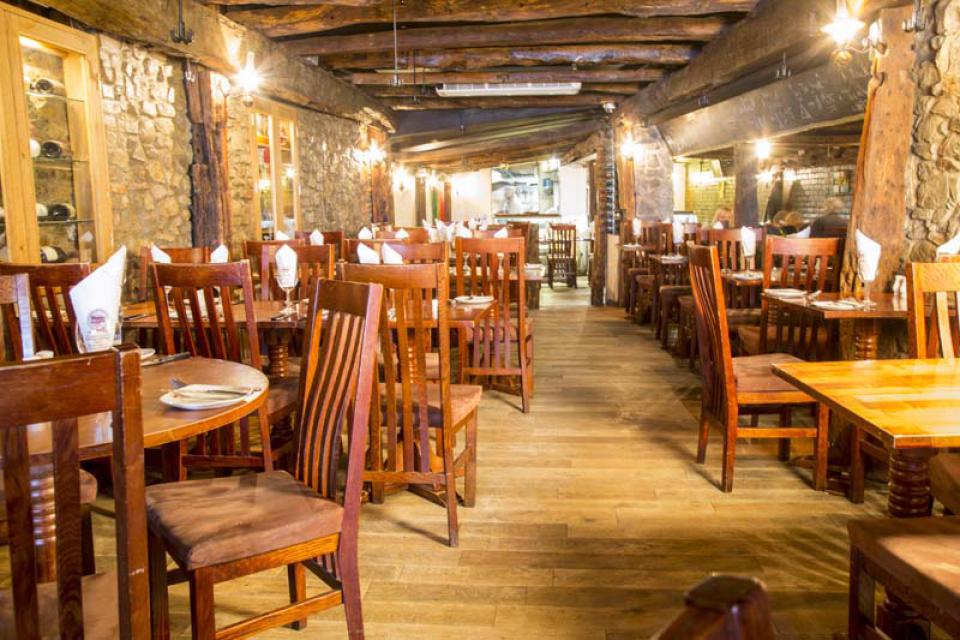 Getting Here & Place to Stay

We Londoners are spoiled by the many connections we have to the UK’s other metropolitan hubs. Cardiff is no exception. If you do not feel like getting behind the wheel, services are easily caught from Paddington Station- a mere three hours later and you’re there. However, to make the most of what the city has to offer, it is imperative you look beyond the day trip. We’ve shortlisted three of the best hotels in the city that beam with a character and energy all of their own.

Cathedral 73 are, in their own words, ‘a dignified Victorian townhouse with funky, fashionable 21st-century accommodation’  – certainly, its many spaces live up to that identity. Cathedral 73 offers nothing but the highest levels of service, including proper afternoon tea, a trendy night time piano bar and the being driven around in the hotel’s very own and iconic classic yellow Rolls Royce. Rooms feature all the trimmings, including: King-sized beds, bed linen from Linea, custom-made curtains walk-in showers, deluxe Conran bath and body toiletries and Smart TV and Wi-Fi access. With both room and suite options available, rooms are styled in a airy, uncluttered yet classically inspired style making Cathedral 73 a youthful and luxurious option for your stay in Cardiff. 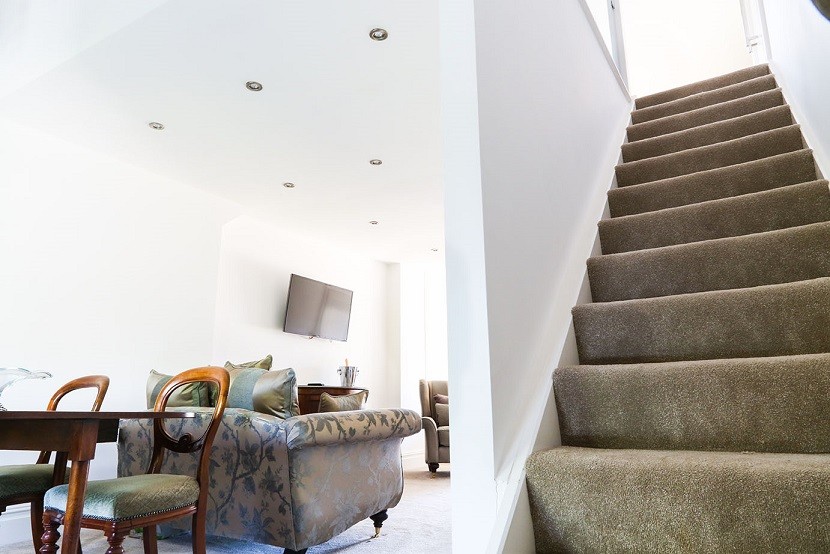 The New House Country Hotel is situated on the rolling hills away from Cardiff’s city centre. Boasting a gorgeous period exterior, complete with fountain and creeper-clad walls, the New House Country Hotel is a superlative luxurious country getaway.  The hotel boasts an array of rooms to suite a variety of arrangements running anything from a standard double to a bridal suite. Within, playful yet classically styled spaces create a relaxing, airy ambience. The rooms feature an ensuite bathroom, Mydffai toiletries, television, Wi-Fi and Tea and Coffee and hair dryers, to ensure all your bases are covered. The Sequoias Restaurant offers a dazzling array of lunch, dinner, afternoon tea, private dining and wine and drinks options.

If it’s a traditional bed and breakfast experience you’re after, The Lincoln is a fantastic option. The hotel prides itself on its premier B&B service, always ensuring the clients are looked after when food is required in the evening. The hotel’s central location means that most of Cardiff, and even South Wales, is all within easy reach. Likewise, The Lincoln have an arrangement with local restaurants that means you can enjoy the eclectic range of cuisines on offer and be billed directly to the hotel. If you would prefer to stay in, a take away service and bar ensures all the your needs are covered. All rooms are tastefully decorated by Victorian design and feature a double bed, an ensuite, complementary Wi-Fi, television, radio, a telephone and tea and coffee facilities. 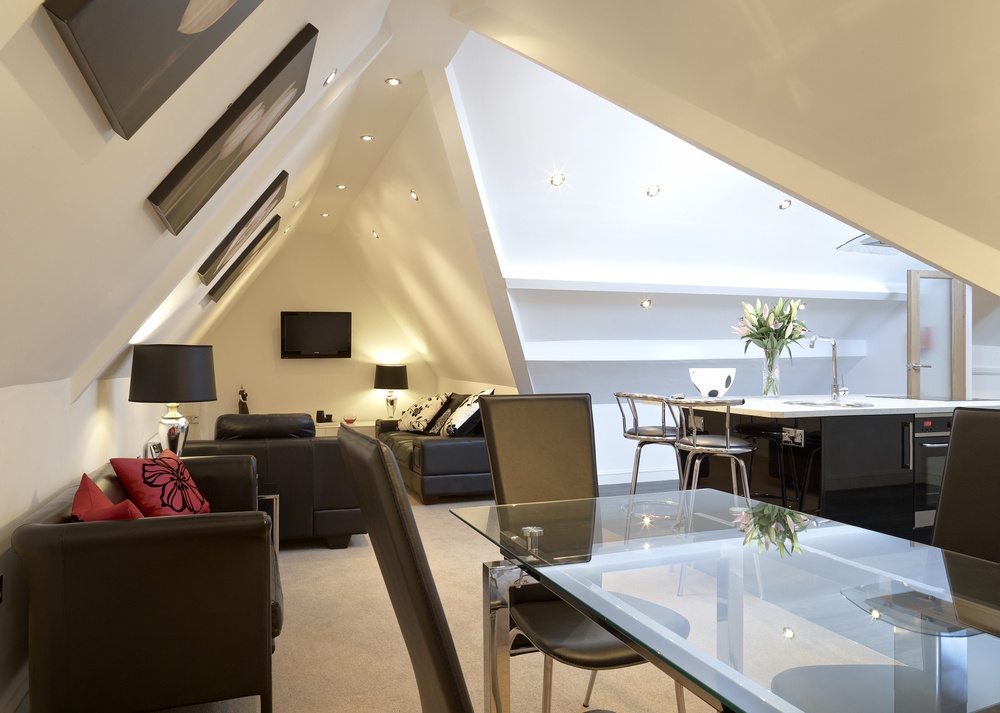 Cardiff, certainly when compared to London, is a city still blooming, bristling with tabula rasa-like energy that excitedly waits for the chapters of its future to be written. In quite the same way, it’s a city with a lengthy history, and has wears sophistication and complexity attached through its period buildings and ancient streets. Cardiff is a tremendously exciting and eclectic place, and certainly when looking to recharge both the home and batteries of the mind, is a fantastic option that is just a mere stone’s throw away.

Indoor plants to enhance your home 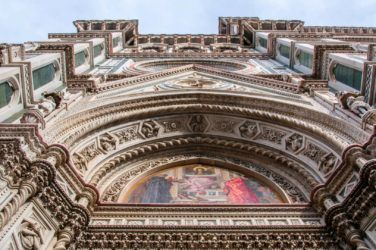 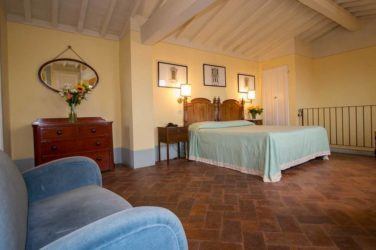 Florence, the beautiful capital of the district of Tuscany, is located in the heart ... 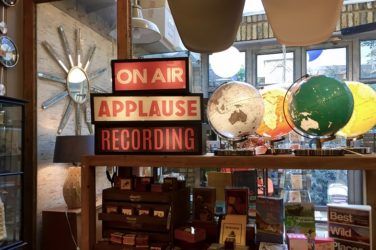 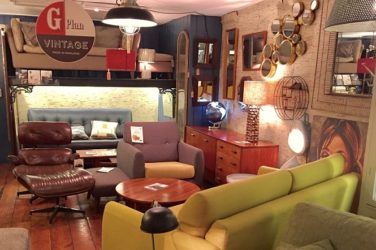 The lower half of Upper Street, Islington is largely dominated by high street stores, ... 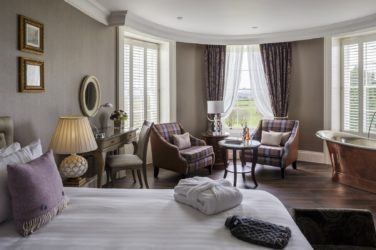 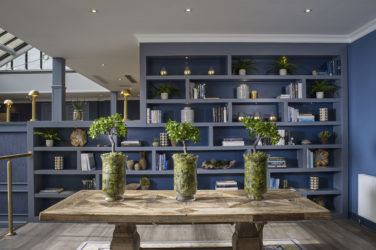 Over the last couple of years, under new ownership, the hotel Tewkesbury Park has ...