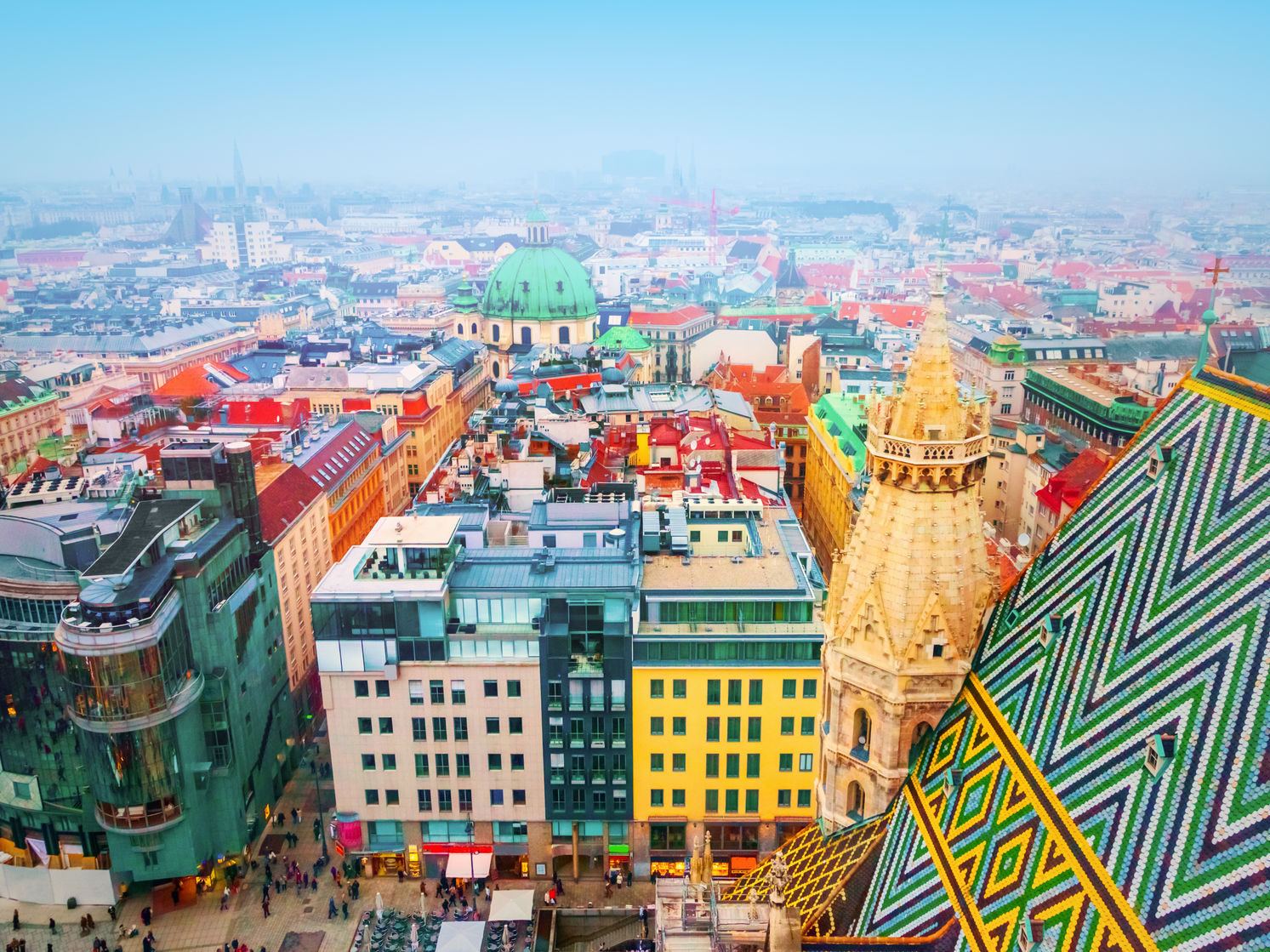 It hasn’t always been the hippest city in Europe, but Vienna is one of the richest culturally speaking. Storied, atmospheric, the majestic capital of the mighty pre-World War 1 Austro-Hungarian empire is filled with design, style and architectural treasures. Despite its age, this is a city that constantly innovates – the Viennese invented psychoanalysis, the waltz, dancing horses and, oh yes, cafe culture, among other things.

A first port of call for sleek contemporary large-scale and modular pieces, Moya (Morzinplatz 1) brings a philosophy of rigour and integrity to its home furnishing collections, prototyping each object relentlessly. The result is ergonomic and efficient interior design to the highest standard and on display in this lovely showroom. We featured Moya back in January as a Modern Hero for their clean lines and fantastic designs.

Another outstanding high concept design destination is Stilwerk (Praterstrasse 1), a one stop interior design centre featuring 28 stores on 4 levels. The building itself is a must-see, designed by Jean Nouvel and with a courtyard featuring a vertical garden by French garden designer Patrick Blanc.

Antique and fine art collectors won’t want to miss a visit to the Dorotheum Auction House (Dorotheergasse 17). Established in 1707, it’s one of the world’s oldest auction houses and holds weekly sales of museum-quality furniture, art and other collectibles.

The Vitra Showroom (Schottenring 12) extends the mandate of the ground-breaking Swiss office and residential design and architecture studio to an epic Austrian showroom. Here shoppers can also find products from the Finnish company Artek and the Vitra subsidiary, Belux.

The COR interlübke Studio (Tuchlauben 21) carries beautiful, understated furnishings and home accessories (think Ferm, Tom Dixon and a host of continental names) from a store in the heart of the old city with the added charm of horses and carts trotting by.

Just next door, you might describe Duft und Kultur (Tuchlauben 17) as a perfume shop (and the setting of an old apothecary gives it that vibe) but it’s also a treasure trove of accessories and decorative pieces. A beautiful place for gorgeous scented souvenirs. 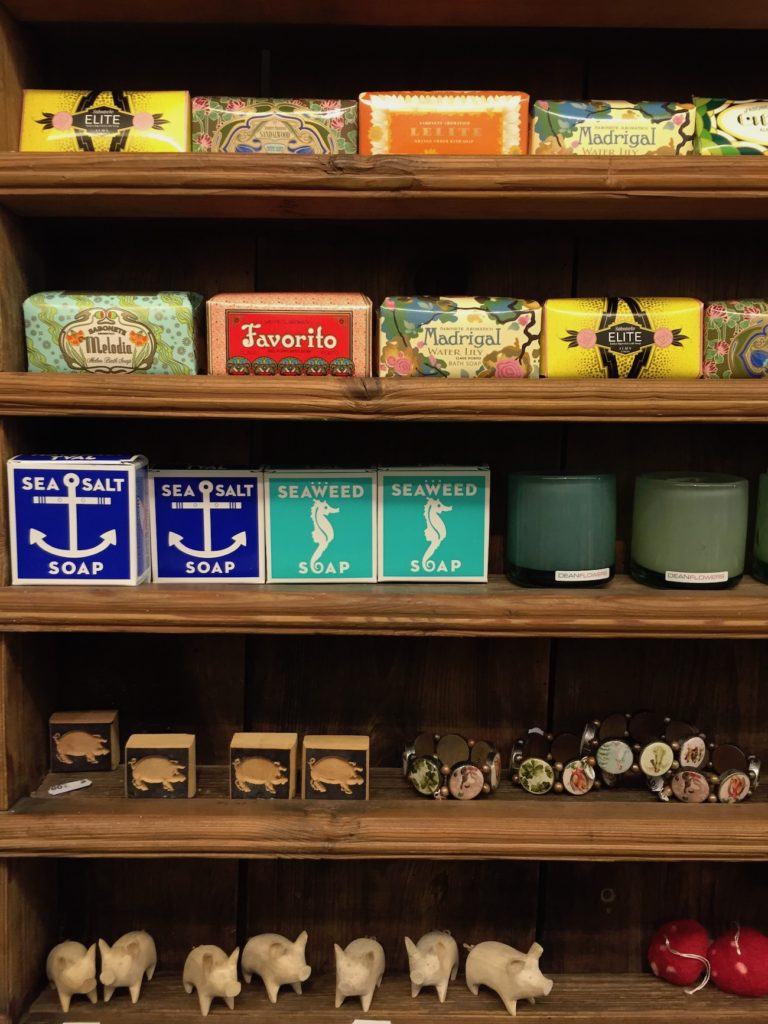 Classic architectural “must sees” include the magnificent Imperial palaces of Schönbrunn (it has its own U-bahn station) and Hofburg (Michaelerkuppel). Both are filled with glittering relics from the reign of the Hapsburg kings and queens.

And Vienna’s art museums are world class – if you can catch only one, make it the Kunsthistorisches Museum (Maria-Theresien-Platz) on the historic Ringstrasse, Vienna’s circular grand boulevard surrounding the historic inner city. Egon Schiele fans will want to check out the world’s most extensive collection of the master expressionist’s work at the Leopoldsmuseum (Museumsplatz 1). Many of Gustav Klimt’s luminous canvases are also housed here.

Those interested in more contemporary architecture should get themselves to the Library and Learning Centre at the Economics University (Welthandelsplatz 1 1) to marvel at the late Zaha Hadid’s futuristic, stark white vision of collective knowledge.

A good choice for basing yourself in the Musiumsquartier is Das Tyrol (Mariahilfer Straße 15). Right on one of the city’s best shopping streets and close by many of its museums, this boutique hotel mixes luxurious contemporary and classic interior styles in a way that is especially Viennese.

A cheaper, and very fun, option in the same quarter, 25 Hours Hotel (Lerchenfelder Straße 1-3), is a much-loved and crazy surrealist circus-inspired institution with a great rooftop terrace and a host of money-saving amenities (breakfast, WIFI, bike rentals) to ease your entry in Vienna living.

Where to Eat & Drink

Cafe culture and Vienna are synonymous so don’t leave town without experiencing coffee and torte at one of the many elegant institutions dotting the city. We love the dark and cozy Café Hawelka (Dorotheergasse 6), an artist’s haunt since the 1940s, or the iconic Cafe Central (Herrengasse 14) with it’s soaring arches and revolutionary history (Trotsky hung out here, perhaps enjoying a pastry while plotting, in the Viennese fashion).

The Naschmarkt (between Karlsplatz and Kettenbrückengasse on the U-bahn, as the Metro is known) is a great introduction to Viennese foodie styles. The popular mile-long market – which has been operating since the 18th century – has food stalls (picnic?) and restaurants appealing to all tastes. On Sundays there’s an adjacent flea market.

At the centuries old Hapsburg Spanish Riding School, pure white Lipizzaner horses put on a thrilling and disciplined exhibition of dressage (horse ballet) weekly in the former Imperial palace known as the Hofburg. It’s sounds a bit nuts, but these horses are legendary and true athlete/artists.

Vienna’s streets (above and underground) and monuments were immortalized in the 1948 Orson Welles film, The Third Man. Espionage and cinema buffs will want to check out the idiosyncratic Third Man museum, from which guided tours of the film’s major locations leave on Saturdays.

Viennese haute society comes alive in the pre-Carnival months of January through March, holding a world-famous series of formal balls that animate the city. Snag an invite anyway you can. The Coffee-house Owners’ Ball (on 17 February) is reputedly one of the most fun, the Opera Ball later in the month, the most opulent.

How to Get There

Boys will be Boys 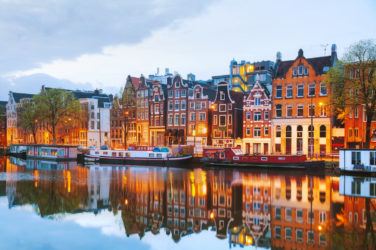 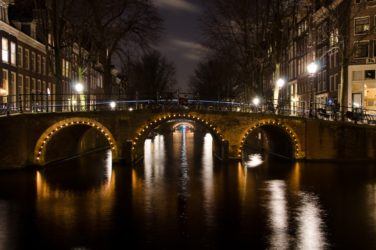 Amsterdam is a great destination for interior style shopping with some wonderful boutique hotels, ... 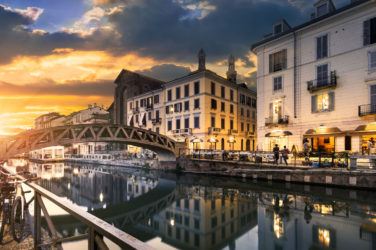 Milan is today’s style capital of focus for The Idealist. Home year round to ... 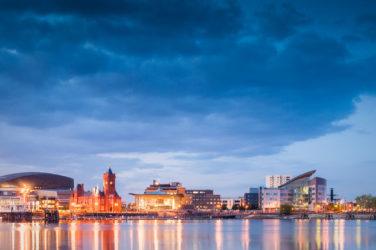 Cardiff is a great city to visit for history, shopping, wonderful food and places ...